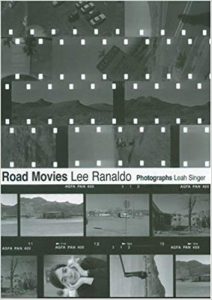 Road Movies is poetry by the guitarist of the seminal punk (and beyond) band Sonic Youth, who paved the way for the explosion of Nirvana and punk on to the mainstream music scene in the early nineties. They are arguably the most influential rock band of the late 1980’s, and are living legends today.
Road Movies is the literary equivalent of the dark and noisy waters of Sonic Youth’s early work. His words mirror the beauty that can be discerned in the band’s emotive walls of noise. As the title suggests, large parts of the book are inspired by time spent on the road with Sonic Youth. His words evoke the strange suprises and almost out of body clarity that occurs during travel.
Interspersed with grainy photographs of road side fireworks stands, cigarette machines, and tractor trailer wheels, the book recalls the everyday things that, when taken out of context, become absolutely extraordinairy. In this way he tells, in flashes reminescent of the absolute freedom attained in the literature of Kerouac and Bukowski, the story of one restless mind’s journey across and through America.

Sonic Youth spent most of the 80s sleeping on floors, driving used vans, touring across a neurotic America and the globe beyond. Before they became part of the national bloodstream, they created an underground swell, encouraging adventurous listeners to jack into their matrix of pantonality, feedback, and chiming scree. All the while, Lee Ranaldo was drinking in the landscape, the clubs, the people; recording a journal of this wild ride.

Deviant Propulsion is dedicated to the elimination of fear. The title refers to the idea that those who are deviant propel the world forward at top speed. Delving into the center of the endless webs of repression against our bodies, desires, politics, and imaginations, are those whose actions and motion cut away at the systemic limitations of society. This collection of poems was written with the inspiration and work of these people in mind.
As a working class queer poet, Conrad has had to fight through different stratifications of oppression his entire life. His poems vibrate with the flamboyant desire that manifests itself in queer culture, where the right to act on basic desires can become a battleground, and everyday acts of love and devotion must be enacted as a political form of defiance. The poems that emerge from this life long struggle illustrate the sharp edge of that defiance and desire, where joy is closely linked to death. In a world ruled by those who govern with fear, and in a landscape barbed with those who are terrified of desire, moving at speed of deviants is the only way to transform potential into action, and desire into positive change. 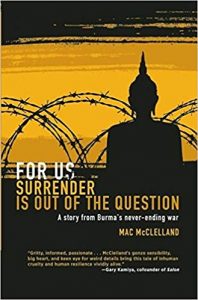 Product Categories: Current Events, History, Human Rights, and Nonfiction.  Product Tags: For Us Surrender Is Out of the Question.  Book Author: Mac McClelland. 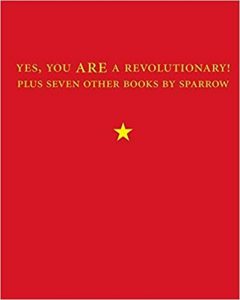 Written over a period of several years, Yes, You Are a Revolutionary! is a collection of six works by the renowned street poet Sparrow. He reveals how to be a happy revolutionary, offers haunting poems on the underside of the class struggle, and includes tonal pieces celebrating adolescence. In addition to the title piece, the book includes “Dinosaur Haiku,” “Cooking with Ice,” “Marxist Rhythms,” “Jealous Cops,” and “Morning Poems.” “Over and above everything else, Sparrow offers something to believe in.” — The Village Voice 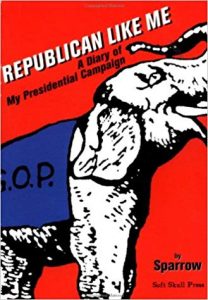 Forgive all debts, free the slaves was his campaign promise. He unveiled shocking proof Lincoln was a Marxist. How could Sparrow not have beaten Dole for the ’96 GOP nomination? Find out in Republican Like Me, a hilarious document of the vociferous and impassioned campaign trail of a socialist poet. 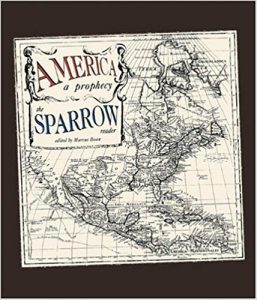 America: A Prophecy is the long awaited collection from the writer Robert Christgau called, “one of the funniest men in Manhattan.” From a hilarious spiritual guide to New York City—written after Sparrow tried meditating at a dozen high-traffic landmarks—to the scientific and religious significance of the sky, Sparrow’s unique blend of wit and wisdom gives readers a whole new way of seeing our country at the crossroads. The author of Republican Like Me, Sparrow challenged Bob Dole for the presidential nomination in 1996 and, remarkably, lost. America: A Prophecy is his follow up, a fantastical look at a country in flux by a mischievous poet and iconoclastic comedian. 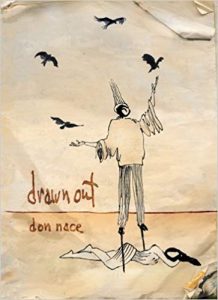 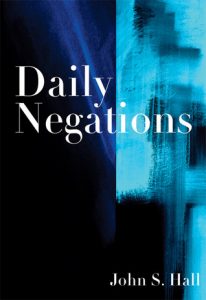 Like many self-help books, Daily Negations is designed to be kept in a treasured spot, beside the bed or on top of the toilet. Read day or night, depending on one’s personal habits, its universal truths can be easily incorporated into a daily grounding routine, reminding readers that no matter how bad today was, tomorrow will be just as bad. Offering a more normal, realistic worldview, the book also makes a thoughtful gift for anyone struggling with an abundance of sunny optimism. 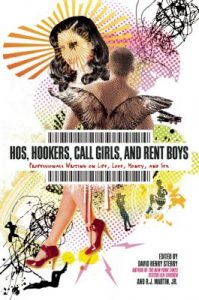 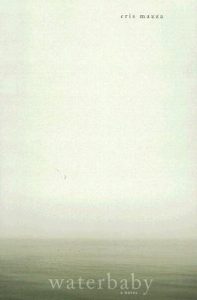 As children, Tam and her older brother were swimming when she suffered her first epileptic seizure. He pulled her from the water and was crowned a hero. Tam was labeled “disabled” and never swam again. And so began 30 years of vigilance, never allowing her body to betray her, never allowing her brother or her family or anyone else to influence her path. Now, in middle age, a lifetime’s worth of control has taken its toll. Exhausted, she heads to Maine where, while working on a genealogy project, she falls under the spell of two dead women: an ancestor, Mary Catherine, who died at 33; the other, the town ghost. Through their cloistered, tragic lives Tam relives her own life over and over — until a distant cousin forces her to see herself in a new light. Tam’s quest to transcend self-imposed limitations is superbly crafted and richly satisfying.

Named a Writer to Watch by the Los Angeles Times, Richard Chiem brings readers a novel that is equal parts sledgehammer and sweet song–a neon, pulsing portrait of grief, and an electrifying story of one woman’s survival against all odds.

Corvus has always had an overactive imagination. Growing up, she develops a unique coping mechanism: she can imagine herself out of any situation, no matter how terrible. To get through each day, Corvus escapes into scenes from fantasy novels, pop songs, and action/adventure movies, and survives by turning the everyday into just another role to play in the movie of her life.

After a tragic loss, Corvus finds a sadness so great she cannot imagine it away. Instead, she finds Tim, a pornographer with unconventional methods, who offers her a new way to escape into movies. But when a sinister plot of greed and betrayal is revealed, Corvus must fight to reclaim her independence, and discovers she is stronger than even she could have imagined.