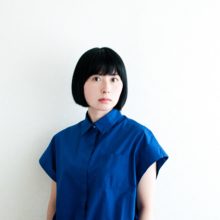 AOKO MATSUDA is a writer and translator. In 2013, her debut book, Stackable, was nominated for the Yukio Mishima Prize and the Noma Literary New Face Prize. Her novella, The Girl Who Is Getting Married, was published by Strangers Press in the U.K. in 2016. In 2019, her short story “The Woman Dies” was short-listed for a Shirley Jackson Award. She has translated work by Karen Russell, Amelia Gray, and Carmen Maria Machado into Japanese.

In her collection of interlinked stories, Aoko Matsuda reimagines traditional Japanese folktales and ghost stories with a feminist twist, positioning women at the center of narratives that are simultaneously life-like and surreal . . . Throughout Where the Wild Ladies Are, Matsuda makes witty and pointed observations about mortality, connection and freedom." —Annabel Gutterman, Time —

International Examiner gives Where the Wild Ladies Are a rave review

Where the Wild Ladies Are is a finalist for the World Fantasy Awards! 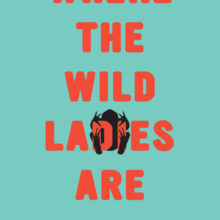 Aoko Matsuda, Where the Wild Ladies Are author, did a ghost ranking in Electric Literature