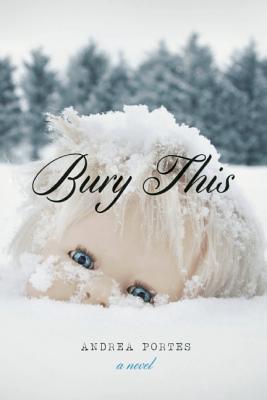 That is the haunting premise of Bury This, an impressionistic literary thriller about the murder of a young girl in small-town Michigan in 1979. Beth Krause was by all intents a good little girl – member of the church choir, beloved daughter of doting parents, friend to the downtrodden. But dig a little deeper into any small town, and conflicts and jealousies begin to appear. And somewhere is that heady mix lies the answer to what really happened to Beth Krause.

Her unsolved murder becomes the stuff of town legend, and twenty-five years later the case is re-ignited when a group of film students start making a documentary on Beth’s fateful life. The town has never fully healed over the loss of Beth, and the new investigation calls into light several key characters: her father, a WWII vet; her mother, once the toast of Manhattan; her best friend, abandoned by her mother and left to fend for herself against an abusive father; and the detective, just a rookie when the case broke, haunted by his inability to bring Beth’s murderer to justice. All of these passions will collide once the identity of Beth’s murderer is revealed, proving once again that some secrets can never stay buried.

"Bury This is a 'can’t-put-down' type of novel for a wide range of audiences. It’s a tale of an unsolved murder, riddled with unexpected twists and revelations. I highly recommend it, especially as a beach read this summer." — Sensible Reason

“The violent murder of a young innocent underpins Andrea Portes’s second novel [and she] tells this tale of violence in spiraling prose. Her empathy shies away from nothing in the tangled lives of this small Michigan town, with a young girl tied up tight in the center…Bury This doesn’t breathe life into Krause to titillate us but to allow us to participate in the mystery — of her death, yes, but also of her life and of small-town America. Portes takes a tale of personal tragedy and marries it to one of national weight. Throughout, her writing about this dirty, awful thing is so fresh it falls on readers bright and clean as north-country snow.” ——New York Times Book Review

“If one could hear novelist Andrea Portes at work typing, I think the keystrokes might sound something like machine-gun fire: rapid, furious bursts of word bullets, aimed directly at the reader’s heart and wasting no extra ammunition in getting there... Portes captures the fetid, dark essence of Bury This: some people’s seemingly unquenchable, monstrous thirst to destroy beauty. Amazingly though, in writing about it, Portes also creates something wondrous, like the glow of a single jellyfish, floating gloriously amid an endlessly dark ocean.” —Dallas Morning News

“Andrea Portes is a natural, and she creates a fever dream with Bury This. Portes writes with such cool grace we almost forget to be astonished by her narrative's complexity. Bury This is exhilarating, a raw, gripping, wintry Gothic, a less patrician--and perhaps more shattering--version of Donna Tartt's The Secret History. Read it and be transfixed.” —Matthew Specktor, American Dream Machine

“Witty, gothic, sparse, and poetic at its heart, Bury This is a page turner from the first sentence and a journey into the dark mysteries of the human condition.” —Frank Bill, Crimes in Southern Indiana and Donnybrook

“Andrea Portes writes with the tip of a knife, shape-shifting between characters and laying bare their darkest secrets. Bury This is electrifying and elegiac, sensual and suspenseful.” —Dylan Landis, Normal People Don’t Live Like This

'Bury This is a stunning, unflinching portrait of a girl discarded but not forgotten, a town shattered by suspicion, and the corrosive power of anger, secrets, and shame. Andrea Portes fearlessly explores what lies beneath our fragile surfaces, what we try to bury in order to survive. This is a raw, poetic murder mystery less about who or how than the more haunting and compelling why.” —Tara Ison, Rockaway

“Portes’s short chapters and staccato narration make for a quick and compulsive read…as a study in human nature, it’s a triumph.” —Publishers Weekly

"Based on a true story, this book delivers suspense but means to be a social study, told in precise, lyrical language." —Library Journal 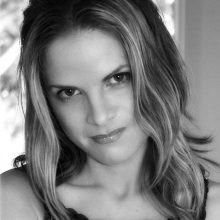 ANDREA PORTES was born in rural Nebraska, and spent her early years living in Illinois, Texas, North Dakota, North Carolina, Rio de Janero, and Brasilia. Portes attended Bryn Mawr and received her MFA from UC San Diego. She is the author of the semi-autobiographical novel Hick and the comic book series Super Rad.

Nature of the Beast