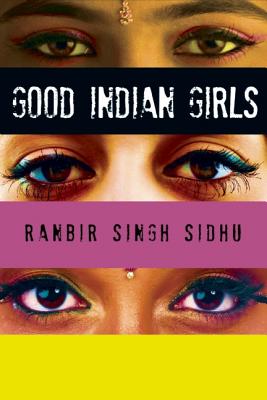 A woman attends a de-cluttering class in search of love. A low-level, drunkard diplomat finds himself mysteriously transferred to the Consulate in San Francisco, where everyone believes he is a great, lost poet. An anthropological expedition searching for early human fossils goes disastrously wrong and the leader turns to searching for the very first sounds made by humans. The wife of a retiring Consul pays tribute to her pet python by preparing to serve him to her dinner guests. A strange skull discovered outside an orphanage results in the creation of a cult around one of the charismatic young residents.

Unsettling, moving, insightful, humorous — these beautifully written stories travel between despair and redemption as they illuminate the lives of often deeply flawed characters, and mark the emergence of a major new voice in American fiction.

"Achingly merciless, London-born author Sidhu's 12 short stories sharply delineate the edges of identity and sanity...These haunting tales simultaneously attract and repel, enchant and shatter...Sidhu creates inscrutable characters inhabiting bewildering circumstances. Smart, provocative and poignantly disturbing, this collection, the author's U.S. debut, signals a writer to watch." --Kirkus (Starred Review) "Though weird and eccentric, Sidhu's stories are also empathetic and refreshingly free of the clichés of immigrant narratives. He manages to portray his characters as uniquely Indian without losing sight of their individuality, offering small, piercing looks into the humanity that resides in every situation and person, no matter how strange."--Publishers Weekly "With adeptly drawn characters, Sidhu demonstrates a dexterous grasp of the human psyche, while the prevalence of dark twists displays his love of the fatalistic. This propensity for the morose will be off-putting for some but is sure to please those with a taste for black humor and shades of the diabolical."--Booklist "Among these stories of dislocation and fragments of lives when time seems out of joint, The Discovery could have you thinking of Toba Tek Singh--Manto's heartbreak about the madness of Partition, for it's about a man who can't make sense of the world as it splinters into 'notcountries' and 'notwords'. Border Song, among the lightest pieces in this collection, finds transformative grace in grief and a closure of sorts that eludes characters in The Order of Things, a masterpiece of a story that could have you marvelling at Sidhu's incisive and distinctive perspective for the Punjab experience of violence, exile and estrangement--both within India and abroad."--Shalini Mukerji, Outlook India "Whenever I pick up a story by Ranbir Sidhu, I feel as though I've been released from the cedarwood closet of literature into the fresh air of active creation; as though I'd been fitted with brand-new high-tech earphones picking up an infinity of eloquent microphones cleverly scattered around the world. The pops and squeaks of new life crackle in my ears, and even when they're threatening or saddening, I'm inevitably overcome by the hope that they'll never stop."--Harry Mathews, author of My Life in CIA, Cigarettes and The Journalist "Ranbir Sidhu is imaginative, with a dry, sly wit, very intelligent, and owns a wicked sensibility, all of which makes his fiction smart, daring, sensitive to human perversity, and keen in its observations. He is one of the most compelling and sophisticated younger writers today; and his writing is beautiful and entertaining."--Lynne Tillman, author of American Genius A Comedy, and No Lease On Life "The first-person narrator of 'The Good Poet of Africa' despises poetry, repays compassion with insult, and enjoys lying to children. but, by story's end, the moral universe will be turned on its head, and the reader will empathize with Ranbir Sidhu's loathsome protagonist. This is writing of uncommon assurance and skill."--Jeet Thayil, author of Narcopolis "It is with pleasure that I look forward to seeing Ranbir's debut published and having a chance to read it properly. I first met him in 2007, when he was awarded a fellowship at the William Flanagan Creative Persons Center in Montauk, NY, of which I am Director. While there he displayed great talent and dedication and since, I have watched as he has taken the time to seriously develop his craft."--Edward Albee, author of Who's Afraid of Virginia Woolf?, The Zoo Story, and The Goat; three-time Pulitzer Prize winner and four-time Tony Award winner 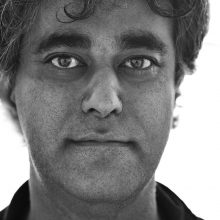 RANBIR SINGH SIDHU was born in London and studied archaeology at the University of California, Berkeley. He is the author of Good Indian Girls, a collection of stories, and Deep Singh Blue, a novel, both of which were published by HarperCollins India. He is the winner of a Pushcart Prize, a New York Foundation for the Arts Fellowship, and other awards. His plays include True East. . . ., Conquistadors, and Sangeet.