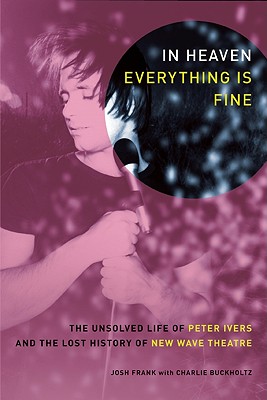 PRAISE FOR THE HARDCOVER "The lost life of a groundbreaking musician and artist, murdered on the (possible) cusp of fame . . . Well-stocked with interviews and evidence--a respectful, understanding portrait." --Kirkus Reviews "Peter used to sign off personal notes with the words 'All good things, ' and that's what he was. His life was an extraordinary gift and Josh Frank captures Peter's grace, talent, and incredible spirit with insight and compassion. The details and impact of his tragic death are offered in awful but compelling counterpoint, and this terrible contradiction continues to deeply affect all of us who knew and loved him, as it should anyone who reads the story of this remarkable man." --Harold Ramis, director, writer, and actor "A must read for anyone who thinks that the L.A. subculture supported by true creativity and lack of monetary ambition ended in the sixties. Peter Ivers was the figurehead for a movement that burned through underground Los Angeles before the eighties--and his death--extinguished the flame. Josh Frank commits to shining a light on this extraordinary man and his time, delivering an intricate thriller told through the voices of those who were there." --Beverly D'Angelo, actress "Surrounded by crazies, Peter Ivers faced the growing pains of a musical and social upheaval with a smile and aplomb. In Heaven Everything Is Fine is a transparent view into that world. Josh Frank's interviews remind us of how many people we change a little while we are here." --Spit Stix, former drummer for Fear "Frank intersperses newly documented interviews to write an engrossing account. Overdue and highly recommended, this work assays a crucial era of popular culture history." --Library Journal 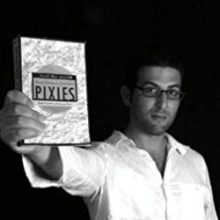 JOSH FRANK is a writer, producer, director, and composer. He has penned numerous plays (including an authorized adaptation of Werner Hergoz’s Stroszek) screenplays (including an adaptation of Mark Vonnegut’s The Eden Express) and musicals (including The Jonathan Richman Musical). He is also the author of Fool The World, the definitive Oral History of the band the Pixies (St. Martins Press USA/Virgin Books U.K.) and In Heaven Everything Is Fine- The Lost History of Peter Ivers and New Wave Theater.