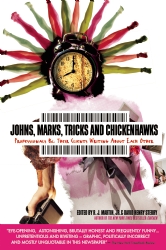 Professionals & Their Clients Writing about Each Other

Johns, Marks, Tricks & Chickenhawks: Professionals & Their Clients Writing about Each Other is the follow-up to Hos, Hookers, Call Girls and Rent Boys, the groundbreaking anthology that appeared on the cover of the New York Times Book Review. “Eye-opening, astonishing, brutally honest and frequently funny… unpretentious and riveting — graphic, politically incorrect and mostly unquotable in this newspaper.” It is a unique sociological document , a collection of mini-memoirs, rants, confessions, dreams, and nightmares by people who buy sex, and people who sell. And because it was compiled by two former sex industry workers, the collection is, like its predecessor, unprecedented in its inclusiveness. $10 crack hos and $5,000 call girls, online escorts and webcam girls, peep show harlots and soccer mom hookers, bent rent boys and wannabe thugs. Then there’s the clients. Captains of industry and little old Hasidic men, lunatics masquerading as cops and bratty frat boys, bereaved widows and widowers. This book will shine a light on both sides of these illegal, illicit, forbidden, and often shockingly intimate relationships, which have been demonized, mythologized, trivialized and grotesquely misunderstood by countless Pretty Woman-style books, movies and media. This is hysterical, intense, unexpected, and an ultimately inspiring collection.

"This collection of personal essays by sex workers and their clients vacillates wildly from hilarious to depressing but never strays from being utterly captivating . . . this book contains some courageous, raw, and intelligent writing that breaks taboos and smashes misconceptions." —Publishers Weekly

Praise for Master of Ceremonies:

"Master of Ceremonies" is the dizzying, tender, and true story of a fledgling actor whose first break results in a two-year stint as the emcee at Chippendales, in this work that is resplendent with seedy glamour, hilarious backstage madness, and unflinching honesty. Sterry chronicles his adventures as a struggling comic after he is hired as the host of the popular all-male strip show Chippendales in the early Eighties. He more than delivers on the promise of his title, and readers looking for sex, drugs, and New York-style debauchery will find it in spades. There is a tabloid-level sleaziness inherent in the material, which Sterry utilizes for maximum entertainment value. He avoids providing direct sociological commentary on the sexual power dynamics at play in Chippendales, preferring to let events speak for themselves. There are two underlying love stories, one between Sterry and a coworker, and one between Sterry and his craft; both enrich the narrative with genuine heart. Sterry possesses an engaging writing style, and fans of his earlier memoir, Chicken: Self-Portrait of a Young Man for Rent, will not be disappointed. Recommended for large public library collections and cultural and media studies collections.-Katherine Litwin, Chicago Library Journal (07/15/2008)

“Sterry writes with comic brio... [he] honed a vibrant outrageous writing style and turned out this studiously wild souvenir of a checkered past.” – Janet Maslin, New York Times

“This is a stunning book. Sterry's prose fizzes like a firework. Every page crackles... A very easy, exciting book to read - as laconic as Dashiell Hammett, as viscerally hallucinogenic as Hunter S Thompson. Sex, violence, drugs, love, hate, and great writing all within a single wrapper. What more could you possibly ask for? -Maurice Newman, Irish Times

“‘Reading Chicken is like watching fireworks explode too closely: you shrink away, but just have to keep looking as the shrapnel descends around you. A breezy read, pleasingly free of self-pity... very funny.” -The Observer

“A 1-night read. Should be mandatory reading for parents and kids.” -Bert Lee, Talk of the Town

“Few rites-of-passage tales can match up to this one.” -The Weekend Scotsman

“Alternately sexy and terrifying, hysterical and weird, David Henry Sterry’s Chicken is a hot walk on the wild side of Hollywood’s fleshy underbelly. With lush prose and a flawless ear for the rhythms of the street, Sterry lays out a life lived on the edge in a coming-of-age classic that’s colorful, riveting, and strangely beautiful. David Henry Sterry is the real thing.” –Jerry Stahl, author of Permanent Midnight

“The overall effect is jarringly surreal, like an X-rated Boogie Nights narrated by a teenage Alice in Wonderland. Sterry's anecdotes... expose Hollywood at its seamiest, a desperate city of smut and glitz. I read the book from cover to cover in one night, finally arriving at the black and white photo of the softly smiling former chicken turned memoirist.” -Places Magazine

“Compulsively readable, visceral, and very funny. The author, a winningly honest companion, has taken us right into his head, moment-by-moment: rarely has the mentality of sex been so scrupulously observed and reproduced on paper. Granted, he had some amazingly bizarre experiences to draw upon; but as V. S. Pritchett observed, in memoirs you get no pints for living, the art is all that counts-and David Henry Sterry clearly possesses the storyteller’s art.” – Phillip Lopate, author of Portrait of My Body – Phillip Lopate, author of Portrait of My Body

“Snappy and acutely observational writing... It’s a book filled with wit, some moments of slapstick, and of some severe poignancy... a flair for descriptive language... The human ability to be kind ultimately reveals itself, in a book which is dark, yet always upbeat and irreverent. A really good, and enlightening, read.” – Ian Beetlestone, Leeds Guide

“Brutally illuminating and remarkably compassionate... a walk on the wild side which is alternatively exhilirating and horrifying, outrageous and tragic... Essential reading.” – Big Issue

“Sparkling prose... a triumph of the will.” -Buzz Magazine

“Pick of the Week.” -Independent

“Generous and refreshing... colorful and entertaining.” -The List, Edinburgh

“Fresh and fascinating... highly amusing, deeply shocking, ... and rather sweet.” -What’s On

“Impossible to put down, even, no, especially when, the sky is falling...Vulnerable, tough, innocent and wise... A fast-paced jazzy writing style... a great read.” -Hallmemoirs

“Full of truth, horror, and riotous humor.” -The Latest Books

“His memoir is a super-readable roller coaster — the story of a young man who sees more of the sexual world in one year than most people ever do.” – Dr. Carol Queen, Spectator Magazine

“Terrifically readable... Sterry's an adventurer who happens to feel and think deeply. He's written a thoroughly absorbing story sensitively and with great compassion... A page-turner... This is a strange story told easily and well.” – Eileen Berdon, Erotica.com

“An intriguing and compelling read... Lively, honest prose which cleverly combines the past with the present.” -Carol Anne Davis, Tangled Web UK

“Love to see this book turned into a movie, Julianne Moore might like to play Sterry's mum...” - by Iain Sharp The Sunday Star-Times, Auckland, New Zealand).

“Chicken expands our understanding of who does sex work and what it involves; of how family dislocation, dysfunction and desertion affect children and adolescents; and of the complex interplay between social norms, sexual practices, “deviant” behavior, and identity. Academics might use Chicken profitably to help students explore non-fiction and memoir writing, or substantively in courses on gender, sexuality, adolescence, deviance, the sexual revolution, the 1970s, southern California, and related topics. As a floodlit slice of life or an object lesson about attempts to counterbalance (dare I say “straddle”?) propriety and impropriety, Chicken is highly recommended. The writing style in Chicken is brash and engaging. Reminiscent of “gonzo journalism” and Lewis Carroll, Sterry’s style includes vivid descriptions, trenchant metaphors, creative compound words, and a taste for alliteration. Yet the book is more than just flashy, over-the-top recounting of colorful anecdotes. Rather, Sterry’s writing style serves his substance well, clearly evoking the milieu of 1970s sexual-revolution-era Hollywood. At the same time, the book is visceral and brutally honest about Sterry’s emotional and physical ordeals during his year as a sex worker. He expresses both sympathy and anger for his clients; in regard to his own behavior, he is subtly introspective, smoothly moving between an account of his feelings at the time and a retrospective evaluation of his actions and motives. While his account does not appear to temper the meanness, sadness or vapidity of many of his customers, he does not shrink from reporting his own failings, either. For example, his recounting of his displaced rage on the basketball court is unflinching and heartbreaking.” Dr. Ann Lucas –Sexuality & Culture, an Interdisciplinary Quarterly

#1 Play in Great Britain. -The Independent

“Poignant...a rare pleasure... moving and original... revealingly honest... Sterry is a sharp comic, using his limber body and versatile voice to create memorably portraits of the hungry, lonely, wealthy women who employ his services...Sterry needs no other prop than a wooden bench to get full mileage out of the ludicrousness of sex... But what gives it depth is the hard, sad reality beneath its Rabelaisian humor... Richly entertaining and thought-provoking... Speaks cleverly and provocatively to anyone who's ever been or had a child.”
—Robert Hurwitt, Head Theater Critic to The San Francisco Chronicle

“What a rare pleasure it is to see a writer perform his own work... dream-like profundity...Sterry’s portrayal of his 17-year-old self is immediately honest and believable... juxtaposed with his masterful control of poetic dialogue balances the show.” — SF Examiner

“Sterry summons up in glorious technicolour an amazing array of characters... Extraordinary... engrossing and touching... a great story... It’s a must!” —Daily Mail

“Graced with insight and empathy—Sterry finds a literary rhythm as fluid and alluring as the strut of his ‘nuthugging elephantbells’... a sense of humor as bright and ridiculous as a ‘blood-engorged wangdangdoodle- hammer’.” —S F Weekly

“Disturbing, heartrending, and so funny it makes you choke... intoxicating energy and magnetic storytelling charisma... the poignancy and honesty hits you hard.” - Brighton Argus

“A tour-de force.”—SF Bay Times
“Sextacular.” - Beth Lisick, SF Gate
“Frank, funny and surreal.” –The Stage
“Pick of the week... Hysterical.” – The Guardian
“Hard-hitting and universal.” -Time Out San Francisco
“Sterry is a man you should know” -Year-End Best Of SF Weekly

“Sterry tells a sad and harrowing story with humor, energy, and a sharp eye for the sort of characters an ‘industrial sex technician’ might meet in the weird aftermath of the ‘60s.” —Michael Scott Moore, The San Francisco Weekly

“Hugely compelling to watch... real skill... The story is told in deft snippets... the language is poetic, and a 1970’s soundtrack gets the audience in the mood... [a] triumphant story... it’s clear that this is a comedy hiding in a tragedy.” -The Independent 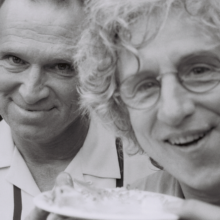 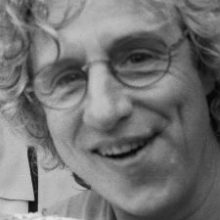