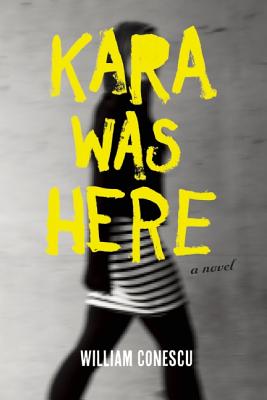 Brad Mitchell’s life is falling apart. His marriage is in limbo. The woman he thought he would marry, Kara, died from an overdose. An old friend keeps trying to convince him that Kara was actually murdered. And he has started to see double. Literally. When Kara—or, rather, her ghost—returns to Brad, his past and present blur into a fog.

Kara Was Here tells the story of a failed actress whose life and sudden death are only partially understood; her teenage sister, Gwen, who starts taking dangerous steps into Kara’s secret world; Kara’s college friend, Margot, who went from being the football team’s sexy secret weapon to the solitary proprietress of a baked goods business; and Kara’s one-time lover, Brad, who stands with one foot in the past and one foot in an increasingly uncertain future.

In the spirit of Clare Messud’s The Emperor’s Children or Hannah Pittard’s The Fates Will Find Their Way, Conescu’s novel is at once a mystery about the dangers of aging into adulthood, an exploration of truth and perception, and a story about the ways we keep those we love with us—the people we’ve lost, the people we no longer see, and the people we used to be.

Praise for Kara Was Here "In many ways, Kara Was Here can be read as a contemporary take on James Joyce's The Dead. No matter the fullness of the present, it will never eclipse the romantic past...Conescu's characters are resilient. Reading through their struggles is an exercise in catharsis and compassion."--Shelf Awareness "Conescu's latest is a light, engaging novel about a man, his deceased ex-girlfriend, and the mystery of her death... this novel is a solid, entertaining read." --Publishers Weekly "Memories have mass, and they often haunt us. Conescu has found nuanced ways to dramatize this phenomenon, bringing his ghosts to life in visceral and enthralling ways."--Joshua Mohr, author of Fight Song "Kara Was Here is an elegant, witty, profound, and completely fascinating novel. It's brilliant and so quietly suspenseful, I could not put it down."--Angela Davis-Gardner, author of Butterfly's Child "Kara Was Here is a beguiling shape-shifter. Grief evolves into culpability before turning into something much stranger and more surprising. William Conescu's mesmerizing novel is a taut, exquisitely written psychological tour-de-force." --David Gilbert, Author of & Sons 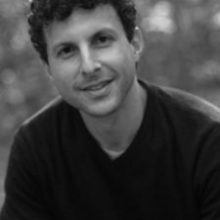 WILLIAM CONESCU was born in New York and raised in New Orleans. He graduated from the University of North Carolina at Chapel Hill and earned an MFA in Creative Writing at North Carolina State University. He is the author of the novel Being Written, and his short stories have appeared in The Gettysburg Review, New Letters, Green Mountains Review, and other publications. Conescu lives in Durham, North Carolina.