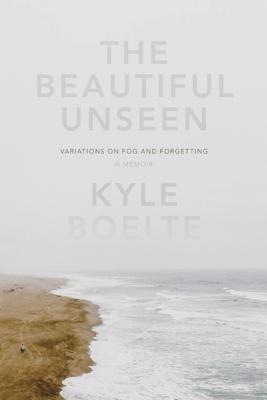 At age thirty, Kyle Boelte finds himself living in San Francisco, where the summer fog blows inland off the ocean and the landscape changes moment to moment. Amidst this ever-changing sea of fog, Boelte struggles to remember his brother Kris, who committed suicide in the family’s Denver home when Boelte was just thirteen.

In this impressive debut, Boelte sets up a dual narrative: one investigates San Francisco’s climate to explain the science behind the omnipresent fog; another explores Boelte’s memory as well as letters, notes, newspaper articles, and other artifacts that tell the story of his brother’s short life and eventual suicide.

Weaving a complex and engaging story from personal, historical and environmental threads, Boelte’s search for meaning takes him to a range of unexpected places: from San Francisco Bay circa 1901, when fog was responsible for routinely sinking steamships, to a cavernous medical library where he studies the grim details of asphyxiation and death by hanging; from the redwood forests where scientists are now learning about fog’s ability to sustain life, to a beat-up cardboard box containing memories of his long-dead brother.

"[An] impressive authorial debut....Boelte has produced one of the most haunting books ever written about the fragility of memory."--San Francisco Chronicle "Boelte's sure-footed prose makes The Beautiful Unseen a lovely journey. And a moving one."--Los Angeles Review of Books "lovely, meditative prose" --Seattle Magazine "With lush, expressive imagery that conjures an uncertain emotional and physical terrain, Boelte conveys the deep, abiding sense of loss such tragedies inflict, yet softly, tenderly communicates the conflicting sensations of confronting memories, both lost and found." --Booklist Starred Review "There were times, reading The Beautiful Unseen: Variations on Fog and Forgetting, that I was utterly transported, felt surely the fog was pooling outside my own window. Kyle Boelte's haunting debut put me in mind that other story of natural beauty and a lost brother, Norman Maclean's A River Runs Through It. I can't think of higher praise than that." --Joe Wilkins, The Mountain and the Fathers, winner of the 2014 GLCA New Writers Award "The Beautiful Unseen is its own weather system: soulful, unpredictable, shadow then light."--Terry Tempest Williams, author of Refuge "A slim book of startling prose, The Beautiful Unseen slips between past and present, inner life and outer, seamlessly and beautifully. It's that rare, treasured thing: a moving portrait of loss that never settles for easy answers." -- Darin Strauss, author of Half a Life "We know how to speak about death. We know how to grieve. Except when it is a suicide--then our culture lacks language, ritual, and understanding. Consider The Beautiful Unseen as an honest and eloquent guide to an uncharted landscape of loss, in which Kyle Boelte has done the brutal and tender mapping of a story that fills the silence, that gives us permission to mourn, and honor, those dead by their own hand." -- Amy Irvine, author of Trespass: Living at the Edge of the Promised Land "Painful, intimate, and exquisitely written, Kyle Boelte's The Beautiful Unseen confronts one family's profoundest grief with a searing honesty." -- Peter Orner, Author of Last Car Over the Sagamore Bridge and Esther Stories "In subtle, pitch-perfect prose, The Beautiful Unseen weaves a narrative of deep personal loss with an unusual natural history. The pattern that emerges is achingly beautiful and absolutely unforgettable." --Justin Hocking, author of The Great Floodgates of the Wonderworld "What is this alchemy, by which natural beauty - fog, wind, damp redwoods - can transform grief into wonder and a semblance of peace? This is the question that Kyle Boelte probes with strong, honest sentences and a young man's clear eyes. Like Annie Dillard, he blends meteorology, memory, and mystery into a gift of grace. -- Kathleen Dean Moore, author of Wild Comfort 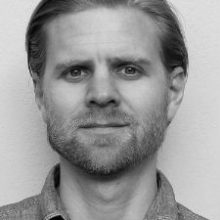 KYLE BOELTE was born in a small town on the high plains of Kansas, grew up near Denver, Colorado, and moved to San Francisco as an adult. His writing has been published in Orion Magazine, High Country News, Sierra, The Rumpus, and Lost Magazine.