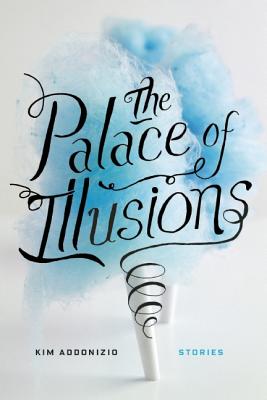 In this collection, gifted poet and novelist Kim Addonizio uses her literary powers to bring to life a variety of settings, all connected through the suggestion that things in the known world are not what they seem.

In “Beautiful Lady of the Snow,” young Annabelle turns to a host of family pets to combat the alienation she feels caught between her distracted mother and ailing grandfather; in “Night Owls,” a young college student’s crush on her acting partner is complicated by the bloodlust of being half-vampire; in “Cancer Poems,” a dying woman turns to a poetry workshop to make sense of her terminal diagnosis and final days; in “Intuition,” a young girl’s sexual forays bring her closer to her best friend’s father; and in the collection’s title story, a photographer looks back to his youth spent as a young illusionist under the big tent and his obsessive affair with the carnival owner’s wife.

Distracted parents, first love, the twin forces of alienation and isolation: the characters in The Palace of Illusions all must contend with these challenges, trafficking in the fault lines between the real and the imaginary, often in a world not of their making.

The stories in this collection have appeared in journals ranging from Narrative Magazine to The Fairy Tale Review, and include the much loved “Ever After,” which was featured on NPR’s “Selected Shorts.”

Praise for The Palace of Illusions "The short stories here are so tight and polished that it's hard to believe that this is only Addonizio's second collection...strikingly honest depictions of characters...A highly enjoyable collection with something for everyone; recommended for readers of Lydia Davis or fans of modern fairy tales." --Library Journal "The 14 stories in this new collections range from realist, contemporary narratives to darkly comic fairy tales that subtly complicate the binary oppositions of good versus evil and contentment versus despair....Addonizio is adept at humanizing monsters or characters that resemble them...The Palace of Illusions is a collection of many delights, its mirrors reflecting and magnifying the contradictions and conflicts inherent in human experience." --San Francisco Chronicle "A streak of dark humor, colored with a tinge of pathos..." --Oakland Tribune "...[a] lovely short story collection." --New York Times' Shortlist "Though Addonizio's characters find themselves in unusual predicaments, she nonetheless convincingly renders their psyches. The stories are weighty but unassuming, and readers can identify with the characters whether they're vampires, carnies, or pet killers. This book is for those who enjoy sardonic humor, forceful narration, and a variety of genres." --Publishers Weekly "Many of the poems in Tell Me can be read as intensified versions of the barroom ballad--songs of good and bad love, songs of the allure and the failure of drink. But regardless of the subject, Kim Addonizio's poems are stark mirrors of self-examination, and she looks into them without blinking." --Billy Collins on Tell Me, a Finalist for the National Book Award "The stories in The Palace of Illusions are searingly beautiful, evocative, and surprising. Kim Addonizio is a master who gives the traditional story form a startling twist. From fairy tales colored by sexual longing to a freshly irreverent exploration of death, this is a collection in the best tradition of Robert Coover and Angela Carter." --Katie Crouch, New York Times bestselling author of Girls in Trucks and Abroad "Poet Addonizio brings her hip, dark sensibility to a second collection of short fiction." --Kirkus "Kim Addonizio writes like Lucinda Williams sings, with hard-earned grit and grace about the heart's longing for love and redemption, the kind that can only come in the darkest dark when survival no longer even seems likely." -- Andre Dubus III "If there's justice in the world, this summer Kim Addonizio is going to step in where Alice Sebold and her Lovely Bones left off...Little Beauties encases a real, thumping heart between the pages. Let the lovefest begin." -- Elle "A wonderfully optimistic, quirky testament to the power of chance encounters." -- O Magazine "Like Anne Lamott...Addonizio seems to sense how to pull back from sentimentality, be it with humor, honesty or clarity of vision." -- Los Angeles Times "I found myself rooting for them -- a real trick to pull off -- rooting for each, especially that new baby..." -- Alan Cheuse, NPR's All Things Considered "Kim Addoinizio's first novel is one of those rare books that is both a complete departure from a writer's previous work and a natural extension of it. Like her four books of poetry, rawly beautiful examinations of the body and heart's excesses, Little Beauties tackles tough subjects -- unequipped mothers, the loss of love, mental illness -- with unflinching clarity, lyricism and humor." -- San Francisco Chronicle "Kim Addonizio's imagination is like a runaway train under perfect control. Nuanced, shaded and unshaded, her poems are bold, brave, respectful of the darkness, perfectly pitched, and virtually every one reverberates with a kind of wild tenderness. Lucifer at the Starlite is one of the best reasons to read poetry today." -- Thomas Lux "Addonizio's poems are like swallows of cold, grassy white wine. They go down easy and then, moments later, you feel the full weight of their impact." -Booklist "[A] well-paced, readable book; Addonizio has a natural gift for pacing. She also achieves a novelistic detachment rare for poets. She refuses to romanticize her characters but also never loses sympathy with their humanity." --Dana Gioia, Washington Post Book World "In Kim Addonizio's fanciful and witty novel, I can't decide whose voice I like more: the obsessive compulsive's, the pregnant teenager's, or the newborn's. Each is great--sharp, funny, and above all surprising. One thing they all share is their creator's love of language. These are voices that will continue to resonate long after you've read the last page of the book." --Jenny McPhee 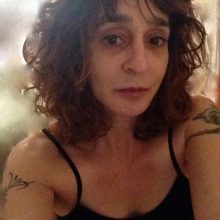 Kim Addonizio is the author of a previous story collection, In the Box Called Pleasure; two novels Little Beauties and My Dreams Out in the Street; five poetry collections; and two books on writing poetry. She recently collaborated with woodcut artist Charles D. Jones on My Black Angel: Blues Poems and Portraits. She has received numerous honors for her writing, including a Guggenheim Fellowship and two NEA Fellowships, and was a National Book Award Finalist in 2000. She lives in Oakland, California, and New York City, and teaches Private Writing workshops in person and online. She plays harmonica with the word/music group Nonstop Beautiful Ladies and volunteers for the Hunger Project, a global organization empowering the poorest people in the world to end their own hunger and poverty.

If You Lived Here You'd Already be Home