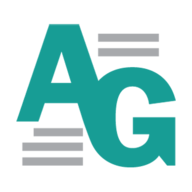 The Authors Guild: Soft Skull has been through several iterations. Can you talk about the press’s storied history and what direction it is going in now?

Yuka Igarashi: Soft Skull Press was founded in 1992 in New York when a student and punk musician named Sander Hicks started photocopying his writing and distributing it to friends. It published books that other publishers wouldn’t (most famously, in 2000, a biography of George W. Bush that was dropped by a major publisher); books by Eileen Myles, Maggie Nelson, Lydia Millet, and Alain Mabanckou before they were “names”; artists who worked across disciplines (one of its earliest releases was a book of prose and photography with Lee Ranaldo from Sonic Youth); and alternative voices in everything from parenting to sexuality to religion.

In twenty-five years, it’s changed owners multiple times, fought legal battles and financial hardship, moved from Manhattan to different parts of Brooklyn to Berkeley, California, and now back to Manhattan. It’s survived due to enormous amounts of resourcefulness and passion by its editors—after Sander Hicks there was Richard Nash, Anne Horowitz, Denise Oswald, Jack Shoemaker, and Dan Smetanka, to name a few—and also, I think, because of a devoted community of readers and writers and believers and fans that have kept it alive.

I was one of those fans of Soft Skull, and in the early 2000s when I was in college and just out of college the press put out a lot of books that were important to me. Even beyond individual books, the fact that it existed at all was so exciting, revelatory. In those years, I was listening to bands that were on small labels, going to hear them at DIY venues, but it wasn’t until I encountered Soft Skull that I connected that kind of music scene with something equivalent happening in books. It helped me see that literature was being created right now, and that I could participate—that there didn’t need to be a separation between the people making art and the “consumers” of that art. So I want Soft Skull to keep publishing books no one else will, and to find the next Eileen Myles and Maggie Nelson, and to be a home for cross-disciplinary conversation and new perspectives. I also I want it to keep representing what it represented to me—a real community and a refuge from the mainstream “top-down” model of cultural consumption.