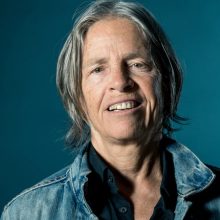 “So there’s a big circus tent around the Seventies and Eighties right now,” Myles says. “It’s very fashionable. Everybody is desiring to re-enter that time which is past. I’m with them, you know, I was there, but I’m also there in the copy.” Then again, Myles mentions, this is just another way in which New York never changes. Nostalgia for a bygone city is a constant by which it’s defined. “I mean, that’s been going on always,” Myles says wryly. “When I got here, it was like the Fifties, everything was better in the Fifties, that’s when it was really authentic.”

Cool for You spends some time in that “circus-tent” era in New York, but it’s more focused on an earlier era and another milieu – the author’s working-class childhood in Boston, surrounded by women trapped within the rigid gender roles of the American 1950s. Myles wrote Cool for You at the end of the Nineties, looking back on the Fifties and Sixties. The book focuses in particular on the women in Myles’ family, and the ways in which a society traps women in small spaces. This is both figurative, in the case of Myles’ mother’s role in life, and literal, in the case of the scenes in the nursing home where the character works and visits her grandmother. Cool for You is the story of its protagonist’s desire to break free of those small spaces, to carve out a larger freedom for herself, from both the containments of gender and of genre. Calling Cool for You a “nonfiction novel,” Myles explains: “It’s a representation of the story, it’s not the story.” Genre, Myles further explains, is far more blurry, far more nebulous, than conventions of either reading or publishing want it to be. “How do we draw a line between a poem and a novel and a memoir? The imagining mind does not respect these boundaries. My own publishing history illustrates what I mean, which is that both gender and genre are endlessly blurry.” The reissue, after 17 years, creates a strange sort of time vortex, a double-lens of perspective, in which Myles is looking back on the self that wrote the book, who is in turn looking back on the self in the story. 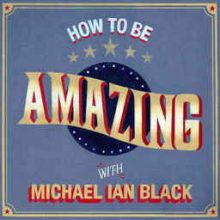 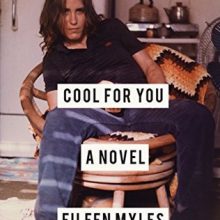