Soft Skull’s new list launched with both nonfiction and fiction, its authors including Chelsea Martin, Colin Winnette, and Sam Pink. Lots of young writers, often writing through the recent past. Developing the concept space for these books, it seemed like a good opportunity to add in some additional parameters, which could open up how the cover images would be executed. I enjoy that wrestle that happens between the physical and digital, one that has been fed to me over the years by writers like Philip K. Dick, William Gibson, and Jean Baudrillard, and this playful back and forth is often in the work I produce (both visual and written). After discussing possible approaches with Soft Skull, we settled on what I like to refer to as “semantic type,” in which image is mostly stripped away and we allow the letterforms themselves to do all the work in communicating the essence of these books. We thought it could be interesting to consider each book cover as both a static and a moving image from the outset, creating a traditional cover as well as something that might have more harmony and power as it travels widely online. This has led to a very interesting design process when the motion itself becomes integral to the development of an idea rather than a stuck-on addition to the primacy of print. We’re right in the midst of it all at present, but here are a few examples of what we have been up to. Now, I don’t mean these to be at all definitive examples of what we can do with motion and covers; in fact, they’re rather simple and I have a lot of ideas to including actual narrative in the future, but as a small and inexpensive exercise it’s been fun and has gotten the cogs whirring.

The first title of the series was Caca Dolce, a wry and candid memoir about growing up and finding a place for oneself as an artist. It is also about growing up in the internet age, with Myspace and all the other platforms for self-expression and identity that have sprung up in its wake. So: the onset of cyberspace was my inspiration. I work a lot in 3D, which offers an opportunity to build completely synthetic environments that don’t try to echo reality, but instead can channel the core of something real, a memory or motif one is trying to express. In this visual, without depicting an actual room, I wanted to evoke a kind of hyper- domesticity reimagined as a world ticking and whirring behind a late-90s MySpace page. It wasn’t supposed to be pretty. I think beauty can be overrated when we use images so fundamentally as a tool of communication, so rather than beauty per se, I aim for an evocation—or at least something that actually makes you look in a sea of things trying to make you look.

Which segues us viscerally into the cover approach for Colin Winnette’s modern gothic novel Job of the Wasp. For this one, I wanted to eke out a feeling of unrest and disquiet, which I guess can be metaphorically represented by the aftermath of a wasp’s sting, or many stings from many wasps. The idea was that the body is vulnerable, mortal and subject to malevolent influences. Artists like J. G. Ballard, David Cronenberg, Hans Bellmer, Francis Bacon, Poe, and Dostoevsky have long been bastions of inspiration for me. Their relationships to and fascinations with the body as a portal to reckoning with existence were drivers for me growing up. So I chose to create a synthetic skin for the cover, one that allowed typographic elements to live uncomfortably underneath. Again, it isn’t supposed to be pretty. Facebook’s algorithms rejected the image because of its depictions of “nudity and obscenity,” so I think I won this battle of subversion.

Soft Skull’s reissue of The Amputee’s Guide to Sex by Jillian Weise is probably the purest example of the underlying “semantic type” concept for the series. I took the typically restrained approach we usually see with poetry books and gave it some contemporary fuzz. I’ve always enjoyed conveying a mood or idea with the simplest of elements. How loaded can the idea of peeling be? Can it indicate the removal of clothing, the removal of selves, the removal of inhibitions, the removal of recently dried candle wax on the skin, the removal of a prosthetic limb, the removal of one’s own sexual boundaries?

If anyone has an understanding of image, it would be Lynne Tillman, so I refrained from tampering with the brilliant work of artist Susan Hiller, from her series “Auras,” and just made the typography itself deconstruct, which seemed apt, given the way Lynne herself has tackled masculinity and the pervasiveness of images in our world, and given the world within the novel itself.

A Girl’s Guide to Personal Hygiene, by Tallulah Pomeroy, speaks for itself. I just added a touch of animated grossness to Pomeroy’s refreshingly illustrated grossness.

Sam Pink’s double-novella-type-novel thing, for which I believe the technical term is a “fliparoo,” probably best encapsulates the aesthetic feel for this new Soft Skull look, and is a peep into the lexicon of images, ideas, myths and stories that stay swirling around my mind to be conjured and remixed at any one moment. It is a mashing of the old and the new: pulpy album covers, retro arcade games, Miami Vice, Aquemini, strip club neon and candy wrappers, scurrying rats in the alleyways (or as our currency if you ask DeLlillo), garbage deposits behind a diner, that creepy face behind the diner in David Lynch’s Mulholland Drive, scrappy re-appropriated memes, (the original) Ghost in the Shell, Powerpoint clip art, Berlin u-bahn signage, dadaist early cyborg experiments, the countless depictions of Gaia, the countless depictions of Kim Kardashian, the handwritten sign held aloft by the homeless guy in your peripheral vision, the boarding passcode in your Apple Wallet, the attention to detail of a mescalin trip, the clamber down an infinite YouTube hole and the photocopied zines of pre-internet days all brought together as swirling, fizzing and perpetually alive new animals. 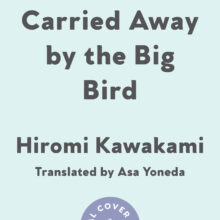