Anyone who truly knows and goes downtown can do a Susanne Bartsch impression. Consider it a litmus test. Her pronounced Swiss-German accent is a flourish that only adds dramatic bite to her already expressive character, one that incarnates fabulousness. For someone playing the fame game, it fulfills the need for a signature flair.

The state of the downtown elder’s reign is healthy. One can trace a glittery arc from the success of her hit 1980s Copacabana parties to recent seasons in which she held court at venues like Marquee, Gilded Lily, the SoHo Grand, Verboten, and The Standard. Employing beloved nightlife artists like Joey Arias, Amanda Lepore, and Muffinhead, in a Bartsch crowd you might find Alexander Wang rubbing elbows with young art students, or spot Lance Bass and Perez Hilton milling around, or turn around to see the absolutely tiny Hayden Panettiere sipping her drink next to you.

From the very beginning of my night lessons, I have been fascinated by Susanne. I love watching her at work on the dance floor: manically texting, air kissing, dancing, waving, handing drinks to people. The Advocate proclaimed her “The Mother of All Club Kids,” while Vogue described her as “a pioneer on the New York club, art, and fashion scenes since the ’80s,” albeit one, WWD stated, who is “of-the-people, for-the-people.” Chic, fabulous, pretty people, that is.

Her shadow extends beyond New York. Ex-club kid turned fashion star Zaldy remembered working on Lady Gaga’s Monster Ball and being struck by the resonances with downtown royalty: “There were some things where I’d be like, ‘Wow, that’s so Susanne Bartsch.’”

And don’t forget Susanne’s major Museum at FIT retrospective, a documentary film, a Mac eyelash line, and photo shoots for Vogue Italia and plenty of other fashion magazines that have cemented her status as the “queen of New York nightlife.” It’s the title with which she’s most associated but one that she avoids. “I think it’s stupid,” Susanne told me when we spoke in her gorgeous Chelsea Hotel apartment, “I don’t really care what they call me, just come to my events. That’s all.”

But what about another title, maybe the one most cherished by all downtown people: icon. “That I find flattering,” she remarked. In the truest sense of a word so overused today, to be an icon is to be an object of veneration, if not worship, to approach divinity. To this she aspired, “You can’t be more than that, really. Right? What else is there? Immortal.” 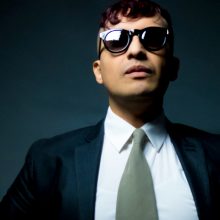 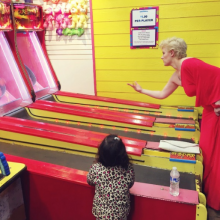 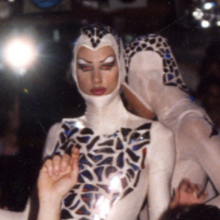