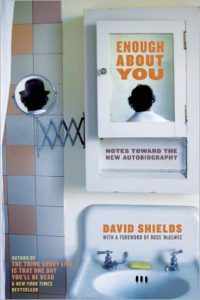 What does it mean to construct a self? What does it mean to turn your life into a narrative? What’s gained? What’s lost? What lies inevitably get told? What deeper truths are reached or at least reached for? Enough About You has no answers to these questions, but it frames and asks these questions in a much more overt, honest, precise, and provocative way than any book has attempted yet, and tries to do so while also delivering the pleasures of narrative, of memoir, of search-for-self.
With moving and often hilarious candor, Shields explores the connections between fiction and nonfiction, stuttering and writing, literary forms and literary contents, art and life; he confronts bad reviews of his earlier books; he examines why he read a college girlfriend’s journal; he raids a wide range of cultural figures (from Rousseau, Nabokov, and Salinger to Bill Murray, Adam Sandler, and Bobby Knight) for what they have to tell him about himself.
Enough About You is a book about David Shields. But it is also a terrifically engrossing exploration and exploitation of self-reflection, self-absorption, full-blown narcissism, and the impulse to write about oneself. In a world awash with memoirs and tell-alls, Shields has created something unique: he invites the reader into his mind as he turns his life into a narrative. 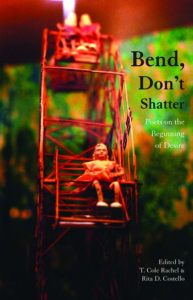 Bend Don’t Shatter is an anthology of poetry for young adults that realistically and beautifully deals with what it means to come of age as gay, lesbian, transgender, or, as is perhaps more often the case in adolescence, totally confused. The anthology approaches the seemingly unnavigable territory of teenage sexuality and confusion with poems written by adults who keenly remember the turmoil, pain and excitement of adolescence and sexual coming of age. The poems are written with the insight and clarity of perspective and understanding that comes with years.

The book shows that teenage sexuality is more nuanced and complicated than it is often given credit for. It is valuable in that it not only provides a service of sorts—giving young adults a thing with which they can identify, a thing that might comfort, console, explain, entertain, and illuminate—but also just as importantly, it brings the pleasures of poetry to an audience for whom poetry itself might seem as unfathomable as adulthood itself. 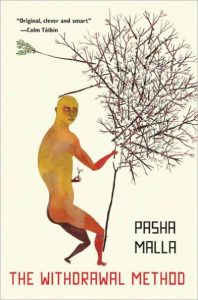 Pasha Malla knows joy in all of its weird, unsettling, and wondrous forms. In their humor, warmth, and rigorous honesty, his stories clearly capture something odd and beautiful: the unmistakable feeling of empathy. From young couples fighting through the emotional trauma of the modern world to children navigating wayward, forbidden paths of a fantasized adulthood, Malla presents characters deeply entrenched in the familiar and hearts that slowly open to reveal the pain and unexpected love that life accumulates.

The Withdrawal Method offers worlds where Niagara Falls has run dry, where people’s skin can be shed in a single piece, and where ancient frustrated chess masters invent machines that unexpectedly alter the course of history. Reminiscent of Lorrie Moore, Haruki Murakami, and George Saunders, these stories are haunting, captivating, and constructed with a poise and precision that reach beyond technical skill.

Malla’s is an assured new voice; his smooth, mature style is punctuated by bursts of wild humor and enlivened by endlessly inventive storytelling. As individual narratives, these stories speak to each side of the protean human psyche, but when taken together they address with full understanding the fragility of our lives. 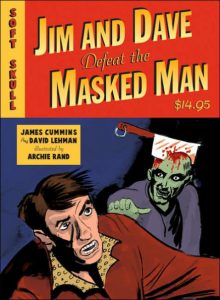 The sestina is a traditional poetic form that has enjoyed a recent surge in popularity, which promises to expand further with this witty illustrated cycle of poems. Casting themselves as poetic superheroes, authors Jim and Dave take on Osama Bin Laden and various other rogues and luminaries, defeating the “Masked Man” in the end to the cheering of appreciative crowds at the “sestina bar.” As the two sestina-meisters take turns writing individual poems (and collaborating on one together), the mild-mannered bespectacled lad and the dashing superhero that coexist inside both Cummins and Lehman rescue the form from the clutches of everyday life and transform it into something fantastic. In this ambitious work, even the table of contents is written in sestina form. Adding to the fun are 39 vivid illustrations by Archie Rand and cameo appearances by Marvin Bell, Anne Sexton, Walt Whitman, Ted Berrigan, Gary Snyder, Arthur Rimbaud, Grace Paley, and others. 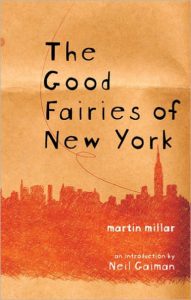 The Good Fairies of New York tells the fish-out-of-water story of two Scottish thistle fairies who find themselves in Manhattan. The fairies hook up with two humans, Kerry (complete with colostomy bag) and Dinnie (antisocial in the extreme), finding time to help both get their acts together. A book that brings together race riots and Scottish folklore, The Good Fairies of New York is anything but a typical fairy fantasy. 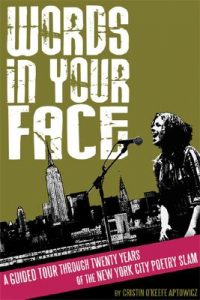 Words in Your Face

Words in Your Face traces the rich history of slam poetry through the lens of the New York City scene that pioneered it. Author Cristin O’Keefe Aptowicz situates New York slam poetry in the history of oral tradition in poetry throughout history and around the world, with particular attention to the three major 20th century arts movements that helped set the stage for it: the Harlem Renaissance, the Beats, and hip hop. Aptowicz explores the birth of slam at the Nuyorican Poets’ Café and the genre’s explosive growth as the media responded with events like Lollapalooza and MTV’s Unplugged. The book expands the canvas by examining the connections between academia and slammers, especially the poets of color, the youth slammers, and the burgeoning hip hop poetry scene. Interviews with key players like Chicago’s Marc Smith and San Francisco’s Gary Mex Glazner help tell this fascinating story from the inside. 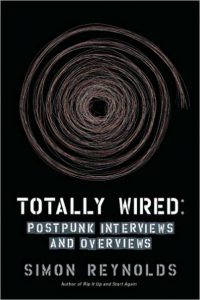 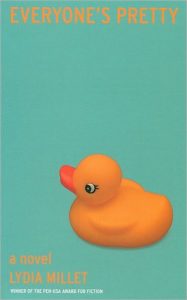 A funny novel about a sex-obsessed pornographer, a hygienic Christian Scientist, a melancholic blond beauty, and a teenage math wiz wends its way through the streets of modern L.A. in search of answers to the big questions. Original. 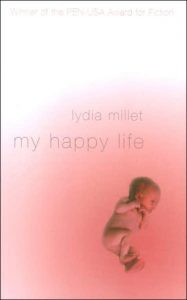 At the opening of My Happy Life, the unnamed narrator has been abandoned in a locked room of a deserted mental hospital. She hasn’t seen the nice man who brings her food in days; so she’s eaten the soap, the toothpaste, and even tried to eat the plaster on her walls — a dietary adventure that ended none too well. This woman’s story, covering decades and spanning continents, is tragic, yet she is curiously at peace, even happy. Despite a lifetime of neglect, physical abuse, and loss, she’s incapable of perceiving slight or injury. She has infinite faith in the goodwill of others, loves even her enemies, and finds grace and communion in places most people wouldn’t dare to brave. Lauded by both critics and readers, My Happy Life consistently surprises and excites with its original vision of a unique woman whose rich interior life protects her from the horrors of external reality. 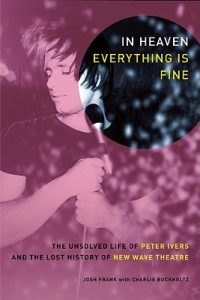 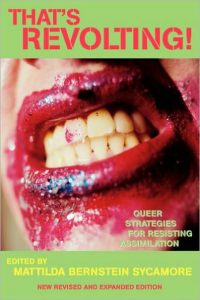 As the gay mainstream prioritizes the attainment of straight privilege over all else, it drains queer identity of any meaning, relevance, or cultural value, writes Matt Bernstein Sycamore, aka Mattilda, editor of That’s Revolting! . This timely collection shows what the new queer resistance looks like. Intended as a fistful of rocks to throw at the glass house of Gaylandia, the book challenges the commercialized, commodified, and hyperobjectified view of gay/queer identity projected by the mainstream (straight and gay) media by exploring queer struggles to transform gender, revolutionize sexuality, and build community/family outside of traditional models. Essays include “Dr. Laura, Sit on My Face,” “Gay Art Guerrillas,” “Legalized Sodomy Is Political Foreplay,” and “Queer Parents: An Oxymoron or Just Plain Moronic?” 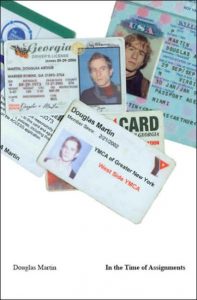 In the Time of Assignments

In the Time of Assignments transforms a decade’s worth of feeling into a lyrical collection of verse. Readers familiar with Martin’s work will find a repurposing and revelation of the foundations for his prior experiments in prose. The work is divided into three parts, each with a geographical marker indicating the narrator’s evolving identity, from the formative, Red State landscape that colors the first section through the widening horizons, growing sexual awareness, and crush of experience found in the final two. The beautifully fragmentary narrative exhibited in Martin’s novels takes hold here in long, poetic sequences and angled interludes; lyric is the steady underpinning.