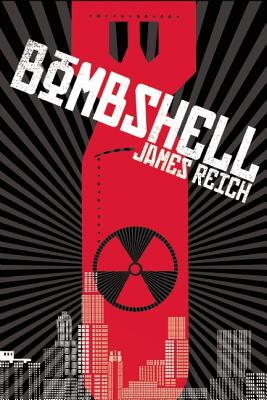 Like Cormac McCarthy wandering a William Burroughs wasteland while blasting a riot grrrl mixtape on a scavenged Walkman!

Defiant, toothsome, and flaming with color, the voice of James Reich is one of the most exciting to emerge in recent years; he is both something new and something wholly real. If it is possible for a true underground writer to exist anymore, he is that author. Bombshell is sublime.

The feminist heroine is a fresh twist on the thriller genre.

Reich is a formidable writer. He brings his characters and events to life with cinematic clarity. His eye for detail makes even the familiar seem alien. Above all he gives form to the terrifying invisible nuclear air that envelopes us all. Bombshell is a cautionary tale well told, offered up by a passionate and supremely gifted new author.

Bombshell is great stuff, and James Reich writes like a demon. He invokes figures as wonderfully diverse as Valerie Solanas and Nancy Reagan’s astrologer as icons in a supremely bizarre, darkly humorous universe. Varyushka Cash is a heroine for the ages.

When hunting for a summer read, the obvious thing to look for is explosions. Explosions and something a little sexy, a little decadent, a little radical. Moving cars, motels, an impossible goal, down-and-out characters. James Reich’s Bombshell is all of these except inside out. Imagine an unhinged heroine, a criminal road trip, a dark race to jumpstart America’s first total nuclear meltdown. Bombshell is an entirely creative recasting of the summer read, peppered with historical tidbits that will inspire both your fascination and repulsion.

James Reich’s second novel, is an incredibly dense, rich, and well-paced novel. Within its 259 pages the reader encounters Chernobyl, feminism, terrorism, rendition, Valerie Solanas, Jane Fonda, Hiroshima, the Trinity test site, and much more. In the hands of another novelist, this sheer mass of information and references might result in a novel bloated with digressions. Luckily, Reich’s punchy, no bull**** prose style and love of action keeps the plot moving swiftly ever forward toward a seemingly inevitable, doom-filled climax that has much to say about nuclear power without ever feeling pedantic ... [Bombshell] stands out because, for all the loudness of its characters and subject matter, it manages to feel subtle and seamless in its execution. It’s a novel that doesn’t sacrifice politics for plot, or vice versa, and it’s a novel that will pass by too quickly and leave you wondering what in the world its author will dream up next.

The blood-splashed killing scenes (are) the best of their type I’ve read in a good while... The story revs like a goosed engine until it overheats in the final scenes in a deserted Manhattan. All along the way, you can’t help but think the author wants us to seriously consider the nuclear equation and crimes against women. But it’s almost too much fun for that.

Bombshell delivers on every artistic level: visionary story, beautiful language, and an unforgettable, emotionally resilient and iron tough heroine, in this indelibly smart, wild and electrifying powerhouse of a book. 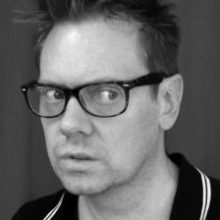 JAMES REICH is a writer and cofounder of the post-punk band Venus Borgardus. He was born in England and relocated to New Mexico in 2009. He is currently a contributing faculty member at Santa Fe University of Art and Design.

Outline of My Lover