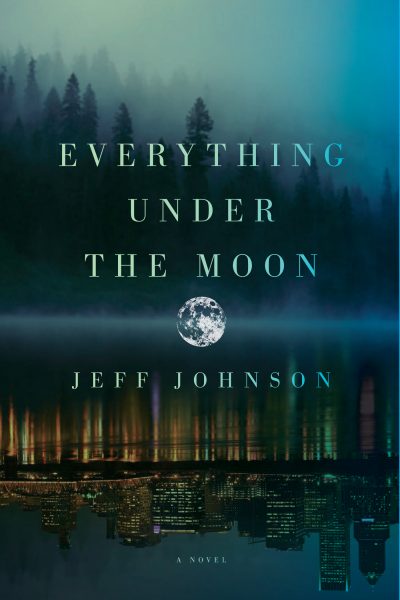 Born in Missouri more than a century ago and raised in a Pentecostal orphanage, the creature now calling himself Gelson Verber has changed his name countless times. He’s part-werewolf, and makes his living hunting certain kinds of bad men—criminals, rapists, thugs—in an often grotesque parody of the natural order. Verber is clearly suffering from the kinds of things a werewolf would be uniquely vulnerable to in the modern world: the horror of war, drug abuse, and isolation in the rain-drenched environment of Portland, Oregon. He has PTSD, but in a unique way, often flashing back to his time with a regiment in World War II.

His smooth life as a serial killer takes a turn when he falls into the crosshairs of Salt Street, a development corporation running pirated criminology software and Big Data sieves to identify werewolf hybrids, who are then forced into servitude. As he falls deeper into the trap that has been set for him, his introduction to its evil architect triggers within Verber a string of recollections, conversations with the late werewolf-hybrid, John Jack Bridger. Salt Street’s trap is masterful, but it does have one terrible flaw: you cannot cage someone—or some thing—like Gelson Verber.

Praise for Everything Under the Moon "Here you will find a story that wants to bury you in its darkness at times, while at other times making you laugh so hard you can barely breathe. Here you will find an ending that takes that breath away again . . . I highly recommend Everything Under the Moon to fans of horror, especially those who like their darkness peppered with humor and occasional poignancy." --Horror After Dark "This is the werewolf as you haven't seen it before: talking like a Richard Kadrey novel, walking through Charlie Huston's dark streets, and snarling like a Jim Harrison creature." --Stephen Graham Jones, author of Mongrels "There's a whole world out there, that most of us never need to know about. A world of predators and prey, and predators who prey on predators. It's a dog eat dog world, and things are getting a bit hairy. It's Jeff Johnson's world, where the volume is always cranked up to eleven, the violence is cranked up to the max, and it's just one damned thing after another. The pace is fast, the plot is racing and restraint has been kicked into the gutter. And it's got werewolves. What more do you want?" --Simon R. Green, New York Times Bestselling author of Tales from the Nightside Praise for Tattoo Machine "Jeff Johnson is a gifted and natural born storyteller."--John Irving, Academy Award-winning author of The Cider House Rules "Tattoo Machine is meticulously observed, savagely funny, and deeply compassionate. It's a tale of up-from-under redemption through the shadowed art of personal symbolism. Jeff Johnson is a sharp-eyed master tattoo artist and an extraordinary writer."--Katherine Dunn, author of Geek Love "An amazing firsthand account of all things you wondered about tattoo shops. I loved it."--Gus Van Sant "A wry, tender story about the tribulations of flesh and ink--and funny as hell. I've never understood why people get tattoos, but after reading Jeff's excellent book I may just get one myself." --Steve Dublanica, author of New York Times Bestselling Waiter Rant? "For everyone out there who is as fascinated by skin art as much as I am, Jeff Johnson's memoir is a must read, a gritty, brutally honest account of his life and years in the tattoo business. Equally hilarious, alarming, heartbreaking, rebellious, and philosophical, Tattoo Machine gets inside your head and leaves an impression that goes deeper than any needle, one that will only be wiped away when you, dear customer, are dead and gone."--Donald Ray Pollock, author of Knockemstiff? "Tattoo parlors are showcases for the socially disreputable, the brazenly nonconformist and the indelibly creative, all on display in this colorful memoir."--Publishers Weekly "One of the best books I've read so far this year... a reading experience that transcends the subject matter."--Jeff VanderMeer "Funny, outlandish, and sometimes disturbing..."--New York Post "Astonishing candor and brilliant imagery."--London Free Press "Absolutely fascinating."--Washington Post 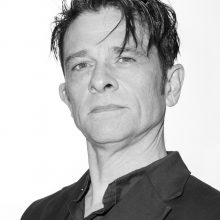 JEFF JOHNSON is a writer, artist, and musician originally from Houston, Texas. He is the author of the memoir Tattoo Machine: Tall Tales, True Stories, and My Life In Ink. He now divides his time between Philadelphia and Los Angeles, and has two forthcoming novels, Knottspeed and the crime novel Lucky Supreme.