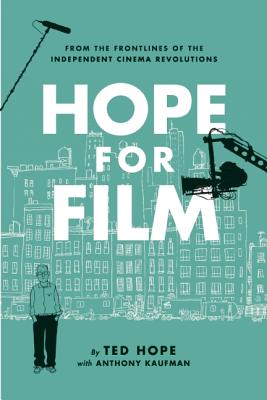 From the Frontline of the Independent Cinema Revolutions

An inspiring, tell-all look at the indie film business from one of the industry’s most passionate producers, Hope for Film captures the rebellious punk spirit of the indie film boom in 1990s New York City, its collapse two decades later and its current moment of technology-fueled regeneration. Ted Hope, whose films have garnered 12 Oscar nominations, draws from his own personal experiences working on the early films of Ang Lee, Eddie Burns, Hal Hartley, Michel Gondry, Nicole Holofcener, Todd Solondz and other indie mavericks, relating those decisions that brought him success as well as the occasional failure.

Whether navigating negotiations with Harvey Weinstein over final cuts or clashing with high-powered CAA agents over their clients, Hope offers behind-the-scenes stories from the wild and often heated world of low-budget cinema–where art and commerce collide. As mediator between these two opposing interests, Hope offers his unique perspective on how to make movies while keeping your integrity intact and how to create a sustainable business enterprise out of that art while staying true to yourself. Against a backdrop of seismic changes in the indie-film industry, from corporate co-option to the rise of social media, Hope for Film provides not only an entertaining and intimate ride through the ups and downs of the business of art-house movies over the last 25 years, but also hope for its future.
Share This

ANTHONY KAUFMAN is a highly respected film journalist who has covered independent cinema since 1997. He was one of the founding editors of Indiewire.com and continues to write about films and the film industry for a variety of publications. 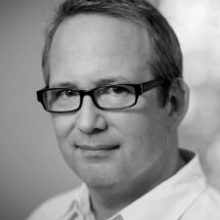 TED HOPE is one of the most respected voices in independent film.  His sixty-five-plus films include many highlights and breakthroughs in independent cinema, including The Ice Storm, American Splendor, 21 Grams, Happiness, Martha Marcy May Marlene, and Adventureland.  Known within the industry for having an extraordinary ability to recognize emerging talent, Hope has more than twenty first features to his credit, including those of Alan ball, Todd Field, Michael Gondry, Hal Hartley, and Nicole Holofcener. He is the creator, editor, and regular contributor to HopeForFilm.com.