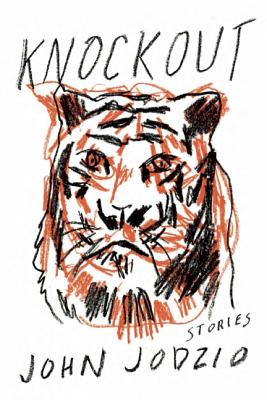 The work of John Jodzio has already made waves across the literary community. Some readers noticed his nimble blending of humor with painful truths reminded them of George Saunders. His creativity and fresh voice reminded others of Wells Tower’s Everything Ravaged, Everything Burned. But with his new collection, Jodzio creates a class of his own.

Knockout is the unified collection of stories that create flawless portraits of deeply flawed figures on the edge of the American Dream. A recovering drug addict gets tricked into stealing a tiger. A man buys a used sex chair from his neighbor. A woman suffering from agoraphobia raises her son completely indoors. An alcoholic runs a bed and breakfast with the son from his deceased wife’s first marriage. These people will admit that their chances have passed them by. These people know they were born on the wrong side of the tracks, and their dreams will remain unreachable, but that doesn’t stop them from dreaming. Yet readers won’t be fooled by the funny premises —Jodzio steers these stories into deeper places, creating a brilliant examination of those on the fringes of modern life.

With its quirky humor, compelling characters, and unexpected sincerity, Knockout by John Jodzio is poised to become his breakout book, drawing a wide readership to this provocative and talented young writer.

“It's difficult to write with emotional honesty about the people on the very edge of society, the misfits among misfits. But even when he writes with humor, Jodzio never treats his characters as a joke. He's a compassionate writer who is refreshingly unafraid to take risks, and his book is, well, a knockout.” —National Public Radio

“With Knockout, his third collection of stories, Minneapolis writer John Jodzio proves his devotion to the form… Jodzio has a gift for the wacky compelling premise, and deploys a deceptively casual voice — calling to mind George Saunders — to create screwed-up, deeply sympathetic characters… The collection crackles with energy, its tales jolting in unexpected directions.” —Minnesota Star Tribune

“Our chronicler of the fundamentally flawed dreamers who exist both at the periphery of society and quietly inside each of us is back with a darkly quirky collection that includes tales of crippling agoraphobics, secondhand sex chair buyers, and a 15-year-old who forms an unlikely alliance with a homeless helium junky.” —Mpls.St.Paul Magazine

“John Jodzio’s short stories are powder kegs of wit, vice, and human frailty… Pithy, unrestrained, and entertaining, Jodzio’s prose puts the reader in the headspace of the depraved and managed to evoke empathy for their plights.” —Crave

“Knockout almost seems to good to be true… Jodzio's characters are likable for the sheer fact they are so real, so human. This is a writer in top form, and Knockout is aptly titled.” —Litreactor

“John Jodzio is a Minneapolis-based short story writer and literary journal darling with a devout following. His compelling tales couple bizarre circumstances with freakishly flawed characters but are emotionally authentic enough to make you wonder if they might be inspired by real life.” —CityPages

“We like John Jodzio’s short fiction a lot… So it’s probably not surprising that we’re eager to read his latest collection…” —Vol. 1 Brooklyn

“In this collection of fiercely funny and often satirical portraits, Jodzio focuses on the quirkiness of everyday people… Jodzio’s clean, quick, biting prose demonstrates a firm grasp of storytelling. He grounds the oddness of each narrative with believable human interactions: poignant moments where characters share meaningful connections.” —Publishers Weekly

“A breakout book of short stories that packs a wicked punch… These 17 well-crafted tales, most first person, most short, are tight, funny, and bizarre—each is its own absurd world made real… Dark, grim, and sardonically funny, Jodzio’s stories stick like gum to the side of your brain and won’t shake loose.” —Kirkus

“Take a time out to read John Jodzio’s Knockout, you won’t regret it.” —Kristen Schaal, co-star of The Last Man on Earth and commentator for The Daily Show

“Knockout feels like a collection of one's cherished treasures. There's the gemstone, the tar-splashed rock, the gold safety pin, the folded note, each story an object that feels imbued with life. John Jodzio has crafted a book that inspires a kind of wistful euphoria, an assembled, precious hoard that demands revisiting and reliving.” —Lindsay Hunter, author of Ugly Girls and Don't Kiss Me


Praise for If You Lived Here You'd Already be Home

"You may think you've read enough stories about penniless gay clowns who can't get over the loss of a dog, but – I assure you – you have not. John Jodzio is the best kind of modern fiction writer: a thematic traditionalist who feels totally new." —Chuck Klosterman, author of Sex, Drugs, and Cocoa Puffs

"John Jodzio's wonderful collection, If You Lived Here You'd Already be Home, is a set of colorful and seemingly fractured tales, each shining brilliantly alone, but also growing more vibrant as one story lays over another. Together they form an intricately stained glass window that looks out onto a whole new world." —Hannah Tinti, author of The Good Thief

Praise for Get in if You Want to Live

"Get in if You Want to Live is lovely and captivating. Every page looks great." —Fred Armisen, Saturday Night Live and Portlandia

"John Jodzio is one of those weirdos that is fun to spend time with – not in real life, of course, but on the page – because his stories are laugh-out-loud funny and have a strange, uncanny, and memorable edge to them. And even if you don't like to read, his book has cool pictures. It was totally worth the $200 I paid for it." —Dan Chaon, National Book Award Finalist, Stay Awake and Await Your Reply

“Get in if You Want to Live is full of genuine laughs for the LOL generation. It's fantastical whimsy meets potty mouth, gutter mind brilliance with some beautifully twisted artwork to accompany poignantly filthy stories." —Kat George, Thought Catalog 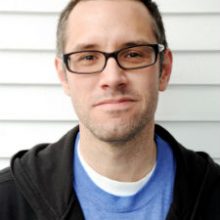 JOHN JODZIO is a winner of the Loft-McKnight Fellowship and the author of the short story collections Get In If You Want To Live and If You Lived Here You’d Already be Home. His work has been featured in a variety of places including This American Life, McSweeney’s, and One Story. He lives in Minneapolis.