The Marmoset of Bloomsbury

This “tender biography of a sickly marmoset that was adopted by Leonard Woolf and became a fixture of Bloomsbury society” (The New York Times) is an intimate portrait of the life and marriage of Leonard and Virginia Woolf from a National Book Award-winning author.

In 1934, a “sickly pathetic marmoset” named Mitz came into the care of Leonard Woolf. After he nursed her back to health, she became a ubiquitous presence in Bloomsbury society. Moving with Leonard and Virginia Woolf between their homes in London and Sussex, she developed her own special relationship with each of them, as well as with their pet cocker spaniels and with various members of the Woolfs’ circle, among them T. S. Eliot and Vita Sackville-West. Mitz also helped the Woolfs escape a close call with Nazis during a trip through Germany just before the outbreak of World War II. Using letters, diaries, memoirs, and other archival documents, Nunez reconstructs Mitz’s life against the background of Bloomsbury’s twilight years. This tender and imaginative mock biography offers a striking look at the lives of writers and artists shadowed by war, death, and mental breakdown, and at the solace and amusement inspired by its tiny subject–and this new edition includes an afterword by Peter Cameron and a never-before-published letter about Mitz by Nigel Nicolson.

One of NPR's Best Books of the Year

"Because I enjoyed The Friend so much, when this came across my desk, it really popped out, for a reason . . . [It's a] lovely little edition . . . It's a very lovely portrait of this time in their life, and this time in history . . . It's a very well done, charming book that I would recommend as a palate cleanser . . . It's just a beautiful thing if you're looking for something to pick up and having a hard time choosing the next thing." --John Williams, The Book Review (New York Times podcast)

"A rich little fact-based fiction originally published in 1998, about Leonard and Virginia Woolf and their eponymous rescued pet marmoset--a tiny monkey native to South America. Yes, another book about a pet--and another ailing pet, at that--who's lucky to land with kind caregivers. Mitz is also another wry, supremely intelligent literary gem about devotion--to writing, to other people, and between humans and their pets . . . Mitz, like The Friend and Sempre Susan, Nunez's memoir of Susan Sontag, explores the commitment it takes to be a writer, a vocation that often goes unrewarded . . . Mitz, on top of everything else, is a clever homage to Flush. It, too, may have been work, work, work to write, but it's a pleasure to read . . . Like The Friend, Mitz captures the heartrending downside of love and connection--loss. But it also reminds us, beautifully, of the 'great solace and distraction' of literature." --Heller McAlpin, NPR

"Mitz: The Marmoset of Bloomsbury, a charming, airy, and disarmingly melancholy novel from 1998, has been recently reissued in a new edition by Soft Skull . . . The fictive and the factual are here skillfully threaded as fibers of similar color. The result is historical fiction that avoids the stagy pitfalls of the genre by kindling life from recorded dialogue . . . [Mitz is] a novel of intimate refraction. In plumbing the mysterious affections between species, it comes to represent the solace and fragility of human relations more generally. Synoptic gloss--a monkey's antics in Bloomsbury!--would devalue the novel's melancholy, which gathers quickly and darkly, like a weather. It is a confection that melts before our eyes." --Dustin Illingworth, The Paris Review

"Sigrid Nunez resurrects Virginia and Leonard Woolf's pet monkey, Mitz, in this shining work of biographic fiction. Rescued while sick in 1934, Mitz the marmoset became an integral part of the Woolfs' lives, and the lives of their illustrious, literary friends." --Kristian Wilson, Bustle

"On the cusp of World War II, Virginia and Leonard Woolf went to Italy. Leonard was Jewish and Virginia was worried, but they decided, in a flash of daring, to risk a road trip that would take them through Nazi Germany. They were stopped by an officer who became too distracted to ask for their papers after he caught sight of the third member of their party: the Woolfs' pet marmoset, Mitz. Sigrid Nunez's Mitz: The Marmoset of Bloomsbury is a biography of this charming, well-connected monkey." --Andrew Durbin, Frieze, What We're Reading This Summer

"Nunez, in telling the story of Bloomsbury's unlikeliest, and certainly smallest, member, masterfully weaves that tale of change with warmth, gentleness, and compassion . . . In crafting a biography for Mitz, Nunez suggests that she is just as deserving of a shared life story as the humans whose home she lives in. I'm reminded of something a professor in my graduate program used often in thinking about the project of literature; she offered that it might not be only to help teach us to be human, but to be humane as well. And Mitz, with all of its small moments of tenderness stacked against the amorphous and massive horror every turn of the page ushers closer, does a good bit of work to share that lesson." --Mary Pappalardo, Full Stop

"Mitz: The Marmoset of Bloomsbury has been called a biography of the Woolfs' unusual pet but, as ever, Sigrid Nunez's work defies attempts at a simple synopsis. In the author's witty and fiercely intelligent hands, this novella weaves together fiction and excerpts of actual memoirs, diaries, and letters to become a retelling of Virginia's last years, a philosophical exploration of the relationship between humans and animals, and a portrait of the greater Bloomsbury set." --Carrie Mullins, Electric Literature

"A lesson to all of us who foolishly believed that Flush exhausted the unpromising genre of pet biography, Mitz takes Flush back to the muse, the marmoset that briefly belonged to Virginia and Leonard Woolf. In prose so lucid, so supple, so exquisitely entertaining we only slowly realize we are in the presence of art, Sigrid Nunez constructs a diagram of love and solicitude and abiding solitude: Mitz is tender, astute, wise, funny, and deeply, unsentimentally sad--for all its charm, a novel of masterly formal intelligence." --From the citation for the 1999 Rosenthal Family Foundation Award, American Academy of Arts and Letters

"Delight! Nunez is the absolute best. She is the only writer I know with enough delicacy, subtlety, intelligence, and wit to be a marmoset's biographer. I adored this book, as small and as brilliant as that little star, Mitz, the marmoset herself. All this, and with it a splendid portrait of the two Woolfs, Leonard and Virginia, as well. I learned much that is important about marmosets and about the Bloomsbury group from Mitz, and for both insights, I'm grateful." --Elizabeth Marshall Thomas, author of The Hidden Life of Dogs

"The tender biography of a sickly marmoset that was adopted by Leonard Woolf and became a fixture of Bloomsbury society." --Dwight Garner, The New York Times

"Though it's factually based on diaries, letters, and memoirs, Nunez's Mitz: The Marmoset of Bloomsbury still offers a slice of pure whimsy." --Entertainment Weekly

"Nunez takes great risks with this novel . . . At its very best the book takes on the edginess of Mrs. Dalloway." --Chicago Tribune

"Mitz shimmers with an emotional truth missing from the most rigorous Bloomsbury histories." --The Village Voice, Editors' Choice

"From letters and memoirs, the versatile Nunez (Naked Sleeper, 1996, etc.) shapes a small, curious contribution to the greater glory of Bloomsbury, in the form of a story based on Leonard and Virginia Woolf's pet monkey . . . Domestic vignettes here are nicely turned." --Kirkus Reviews

Mitz succeeds charmingly in portraying the Woolfs' companionable writerly routine (as well as their darker days), and in being sympathetic (but not sentimental) toward Leonard's peculiar pet. Among the flurry of Bloomsbury books, Mitz stands out for taking a (Virginia) Woolf-like imaginative leap." --Hartford Courant

"A crisply philosophical and undervalued novelist . . . Dry, allusive and charming . . . The snap of her sentences sometimes put me in mind of Rachel Cusk." --Dwight Garner, The New York Times

"Nunez's prose itself comforts us. Her confident and direct style uplifts--the music in her sentences, her deep and varied intelligence." --The New York Times Book Review

"[Nunez] takes us beneath the surface to the essential mysteries of the human heart." --The Wall Street Journal

"When the apocalypse comes, I want Nunez in my life-boat." --Vanity Fair

"Nunez's writing is haunting and poignant . . . It is, in one word, unforgettable." --Travel + Leisure

"Sigrid Nunez has long been one of my favorite authors because she writes with the deepest intelligence, the truest heart, and the most surprising sense of humor."--Gary Shteyngart, author of Lake Success and Super Sad True Love Story

"Remarkable . . . We know immediately we are in the hands of a major talent able to open up a complex history for us . . . [Nunez's] gift is wild and large."--San Francisco Chronicle

"Nunez is adept at capturing subtle frictions in the interactions between class, race and gender . . . [She] writes with sophisticated insight." --The Seattle Times

"[Sigrid Nunez's] spare voice . . . gives even the simplest descriptions of place and weather unsettling force and beauty." --The Village Voice

"Nunez's piercing intelligence and post-feminist consciousness may well feel that writing the Great American novel is no longer a feasible or worthwhile goal--but damned if she hasn't gone and done it anyway." --Salon 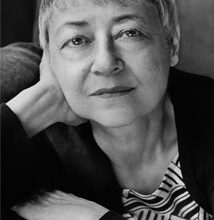 Sigrid Nunez has published seven novels, including A Feather on the Breath of God, For Rouenna, The Last of Her Kind, and, most recently, The Friend, which won the 2018 National Book Award for Fiction. Her honors include a Whiting Award, a Berlin Prize Fellowship, the Rome Prize in Literature, and the American Academy of Arts and Letters Rosenthal Family Foundation Award. Nunez is also the author of Sempre Susan: A Memoir of Susan Sontag. Learn more at www.sigridnunez.com.