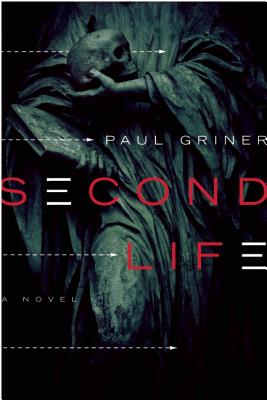 This “smart and darkly glimmering story, a hold-your-breath thriller written in finely wrought prose, and a book that will spark a hundred conversations about risk and love and the dignity” follows one woman’s search for her former best friend–into the underworld and beyond (Lauren Groff, New York Times bestselling author of Fates and Furies).

Elena Kelly was a body broker or “corpse wrangler,” and when she was working, she was one of the best in her field. But Elena got too ambitious–cut too many corners and too many ethical (and legal) safeguards. After running afoul of the law and medical profession, triggering a huge scandal in Louisville, Kentucky that quickly went national, she lost everything.

Now humbled and on a strict, three-year parole, she works as coroner’s assistant in Danville. Though still trying to come to grips with her regret and guilt, she is unexpectedly drawn into the search for her former best friend’s missing body. Elena knows what can happen to a body that goes “missing,” how it can be salvaged and used indiscriminately for spare parts, and she endeavors to seek salvation in finding Lia and bringing her body home, as complete as possible. Her desperate search drags her back to the underworld of the dead and pits her against a new and nefarious corpse wrangler–one more talented and deadly than she ever was.

Pulling back the curtain on those who exist on the edge of the medical profession, the ones who remove skin and tissue and bones from the dead, for use by surgeons, medical students practicing technique, cosmetic surgeons, medical equipment companies and science labs, Second Life thrillingly and philosophically explores our obligation to protect the dead and examines what happens when we–literally–leave the land of the living.

"[T]his is one hell of a dark - a relentlessly dark - story. Deliciously so, if you like that sort of thing. If you like a bit of crime-thriller mixed in with your Mary Roach-level exploration of an unsettling area of human industry. If the gruesome reality of what happens to us after we're reduced to meat is something you've wondered about and would like to see a troubled protagonist fight her way through it - toward some sense of redemption, if possible, before death."--Austin Chronicle "He's starting us on a claustrophobic thrill ride that will regularly pick at our queasiness.... A chase-through-the-long-night hits all the required marks, with writing a cut above due to Griner's handling of dialogue and poetic descriptive passages" --Leo Weekly "Griner pens an exciting thriller that illustrates the worst-case scenario of what might happen to a body after death....Griner's novel will rev up the reader's pulse as it pulls back the surgical curtain to reveal a hidden world of literal flesh peddling." --Publishers Weekly "I'm a long-time fan of Paul Griner's elegant wit; and, still, Second Life comes as a swift and resonant surprise. It is a smart and darkly glimmering story, a hold-your-breath thriller written in finely wrought prose, and a book that will spark a hundred conversations about risk and love and the dignity inherent to our gorgeous, short-lived, all-too fleshly forms." --Lauren Groff, New York Times bestselling author of Arcadia "Griner's terse, bruising prose amplifies the noir plot, as Elena gumshoes after a missing girl who just happens to be a corpse. Dark, twisty, and ultimately mournful." --Booklist "...bone-chilling..." --Vanity Fair "Mesmerizing! Griner yanks the sheet off our delicate notions about life and death, revealing a frank, unsettling underworld of corpse industries and body harvesting. As if that weren't enough, he does all this with an ever-keen eye and tremendous artistry. This book is an absolute feat." --Claire Vaye Watkins, author of Battleborn "Paul Griner's Second Life confirms his remarkable ability to investigate, line by carefully etched line, that which is elemental, harrowing, and all-too-true. Read this unforgettable novel if you dare." --Colin Harrison, author of Afterburn and The Havana Room 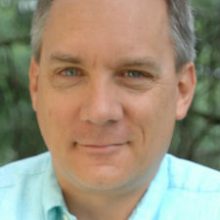 PAUL GRINER is the author of the acclaimed novels Second Life, Collectors, and The German Woman, and the story collection Follow Me, a Barnes & Noble Discover Great New Writers pick. He teaches creative writing at the University of Louisville, and his story collection Hurry Please I Want to Know was released by Sarabande in May 2015.