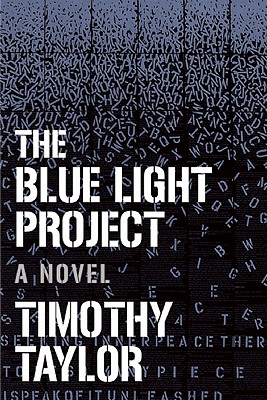 A hostage-taker hides a shocking secret in “a breakneck literary thriller that combines the worlds of conspiracy theory [and] reality TV.”—National Post

Without warning, a man, armed with explosives, seizes a television studio taking over a hundred terrified hostages. He offers no motive. And he makes just a single curious demand. The only person he’ll speak to is Thom Pegg, a once honored investigative journalist turned disgraced tabloid reporter. As surprised as anyone, and pressured to comply by authorities, Pegg reluctantly enters the fray as the chosen confidante.

From outside, the enthralling drama is revealed through the eyes of two very different people: Eve, an Olympic gold medalist and local hero; and a mysterious renegade street artist known only as Rabbit. As 24/7 media coverage helps to feed the public’s paranoia with reckless rumor, the lives of three strangers are brought inexorably together in an unfathomable and chaotic endgame.

In this “unforgettable . . . exhilarating, at-times alarming read” (Atssa York), prize-winning author Timothy Taylor paints a powerful picture of the sinister side of our interconnected world. The result is “an ambitious . . . wonderful novel—a thought-provoking and challenging story that will . . . change the way you look at our celebrity-driven culture” (The Vancouver Sun).

Praise for The Blue Light Project

"Taylor has a wild and vast imagination, and his work bursts with originality."--Publishers Weekly

"Taylor has written a thriller that challenges our perceptions as both individuals and as a species."--Library Journal

"Delightfully engrossing . . . Holding The Blue Light Project together is Taylor's prose style, which jumps across the page like a joyful, risk-loving parkour artist."--Winnipeg Free Press

"An ambitious novel, one that challenges its readers to pay attention or get left behind, but it is definitely worth the necessary concentration . . . It is about the power of art to heal in the aftermath of tragedy. And from a literary standpoint, it works extremely well. The Blue Light Project's closing image will stay with readers for a long time after they close the book . . . A wonderful novel--a thought-provoking and challenging story that will lead to debate and discussion among readers and might even change the way you look at our celebrity-driven culture."--The Vancouver Sun

"Taylor is an intelligent writer, and one whose novels suggest that he has strong political convictions. Some of the best and most unsettling moments come when the grim ironies of the plot illustrate how governments are quietly dismantling long-taken-for-granted rights and privileges and replacing them with libertarian pseudo-freedoms . . . Taylor will one day be a Canadian icon."--J.C. Sutcliffe, The Globe and Mail

"It's tempting to race through The Blue Light Project. It has the compelling narrative momentum and intricate plotting of a thriller. Resist the temptation, because [it's] as much a novel of ideas as it is a page-turner. It's a crucible of topical issues. By turns hopeful and alarming, The Blue Light Project is a thought-provoking take on what one character calls 'our toxic times.'"--Toronto Star

"[Taylor] skilfully juggl[es] the intimate with the public, the small-scale with the monumental . . . He ramps up the suspense as effectively as any more conventional thriller writer could. Best of all--and here is where the writer he most recalls is Don DeLillo--Taylor finds surprising angles into his material . . . In the end, for all horror on display, hope is what The Blue Light Project holds out."--The Gazette

"Beautifully written and brimming with important ideas . . . His themes are absolutely of the moment, and his characters are consistently fascinating."--NOW (Toronto) 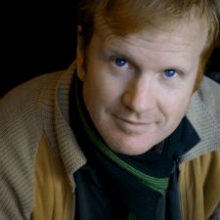 TIMOTHY TAYLOR is the author of Stanley Park (Counterpoint 2003), which was a finalist for the Giller Prize, and the short story collection Silent Cruise (Counterpoint 2002), for which he won the Journey Prize. He lives in Vancouver.