Brisk and shockingly witty, exuberantly scatological as well as deeply wise, The Novelist is a delight. Jordan Castro is a rare new talent: an author highly attuned to the traditions he is working within while also offering a refreshingly fun sendup of life beset by the endless scroll. —Mary South, author of You Will Never Be Forgotten

In Jordan Castro’s inventive, funny, and surprisingly tender first novel, we follow a young man over the course of a single morning as he tries and fails to write an autobiographical novel, finding himself instead drawn into the infinite spaces of Twitter, quotidian rituals, and his own mind.

The act of making coffee prompts a reflection on the limits of self-knowledge; an editor’s embarrassing tweet sparks rage at the literary establishment; a meditation on first person versus third examines choice and action; an Instagram post about the ethics of having children triggers mimetic rivalry; the act of doing the dishes is at once ordinary and profound: one of the many small commitments that make up a life of stability.

The Novelist: A Novel pays tribute to Nicholson Baker’s The Mezzanine and Thomas Bernhard’s Woodcutters, but in the end is a wholly original novel about language and consciousness, the internet and social media, and addiction and recovery.

Praise for The Novelist

Brisk and shockingly witty, exuberantly scatological as well as deeply wise, The Novelist is a delight. Jordan Castro is a rare new talent: an author highly attuned to the traditions he is working within while also offering a refreshingly fun sendup of life beset by the endless scroll.” —Mary South, author of You Will Never Be Forgotten

“No vacuous fad nor commonplace hypocrisy is safe from Jordan Castro. With prose as relentless as it is rhythmic, The Novelist gouges into the status-quo, laying bare the futility of both art and meaningful subversion against a culture of narcissism and instant gratification. Among his biting social commentaries, Castro weaves in shards of unabashed earnestness, even of rue, all of which culminate in a poignant meditation on the creative impulse. The Novelist not only establishes Castro as a fresh force to be reckoned with, but one with rare heart, too.” —Jakob Guanzon, author of Abundance, longlisted for the National Book Award

“I admire the ingenious invention of The Novelist, in which an unnamed writer struggles to write his book, begins to write another book, and ultimately writes this book, which is blunt, earnest, scatological, self-critical, provocative, philosophical, and very fun to read.” —Kathryn Scanlan, author of The Dominant Animal

“Jordan Castro brilliantly manipulates time and perception in The Novelist: A Novel. Prescient, funny, and deeply uncanny, this is a wholly unique book about distractions, digressions, and what it means to make art and live meaningfully while trapped in the bright, narcotic thrall of social media.” —Kimberly King Parsons, author of Black Light

“This book, better than any other I know, shows how creation emerges from the nothingness of our culture. A hilarious and important novel.” —Michael W. Clune, author of Gamelife and White Out: The Secret Life of Heroin 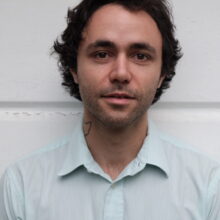 Jordan Castro is the author of two poetry books and the former editor of New York Tyrant Magazine. He is from Cleveland, Ohio. The Novelist is his first novel.