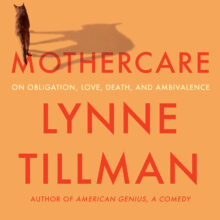 When I lived in London, after college, I began drinking tea. Among the English, if I visited someone or returned home, immediately, an English friend or roommate would say, Have a cup of tea? If you were feeling miserable or depressed, as I often was, and sometimes am, the person would add, “Have a cup of tea. It’ll make you feel better.” After a while, it did. A cup of tea made me feel better. Tea is the English placebo.

I used to hate tea. The way I first drank it, as a child, I would be with my family in a nice Chinese restaurant, given a cup of tea in a small white handle-less cup. It was too hot to hold or drink, and too bitter. So were the family fights.

In high school, I drank coffee the way my friends and other Americans usually did. Apparently, and unknown to me, when I sat across from my friends and talked with them, if I was the one talking, I would keep my eyes on them, and wouldn’t look down at the cup. One time, in the diner (I was a suburban girl) the waitress brought us all coffee. I was saying something, turning my coffee cup around and around to find the handle. But there was no handle. Finally I looked down. My friends roared with happy laughter. They weren’t mean, then.