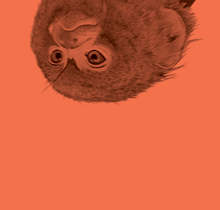 Mitz, on top of everything else, is a clever homage to Flush. It, too, may have been work, work, work to write, but it’s a pleasure to read. Instead of Flush, a dog based on the Woolfs’ spaniel Pinka, we have an impossible-to-house-train, elfin-faced, rodent-tailed little monkey who rides in Leonard’s waistcoat pocket or on his shoulder, picks through his scalp for tasty bits of dandruff, and sleeps in a wicker birdcage with the door left ajar. Mitz repels many guests, though—surprisingly—not the fastidious Tom (T.S.) Eliot. She also unexpectedly charms a Nazi storm trooper when the Woolfs are stopped while driving through Germany during a continental holiday, averting a potentially dangerous situation for Leonard in particular, who was Jewish. 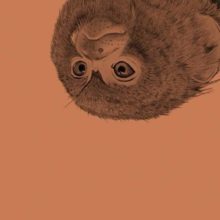 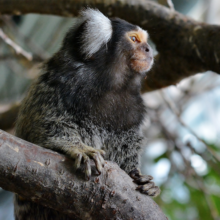