The Millions reviews Men and Apparitions 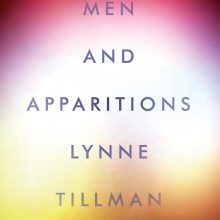 As Susan Sontag writes in On Photography, “All images appropriate.” Zeke too considers appropriation in many dimensions: how we fall in love with projections, our aspirational branding and signification. He doesn’t state this directly, but this fantasy of transformation is the foundation of the American Dream: “Portraits of selves reside inside or beside portraits of desirable or desired others, too. The other’s desired life is a fashion or style, there is no inner to the outer-wear. Fashion and style rule because the shopper assumes the style of the designer and imagines it’s his or her own. When in fact he or she is merely branded. (See Erving Goffman’s The Presentation of Self in Everyday Life.)”

Erving Goffman is a touchstone for Zeke, as are Sigmund Freud and Clifford Geertz and a smattering of cultural anthropologists and thinkers, but it’s through Goffman and his The Presentation of Self in Everyday Life that he considers performative qualities we bring to the daily interactions that define us. In effect, Zeke confirms Goffman who confirms the old Shakespearean adage—“The world’s a stage” — in that the roles we play and the way we convey (and betray) ourselves is a choice, or a repetition. Habits, they make you. Or they become you. A disruption can also change you. As Zeke remarks at the beginning of Men and Apparitions, he’s been conjugating breakfast for his entire life. It seems relevant here to tie in Tillman’s writing on the gaze and the desire in Cindy Sherman’s photos, from an essay in The Complete Madame Realism:

[Sherman’s] photographs are not about her. They are about us. Human beings want to look at themselves, and the ubiquity of the camera and its photographic products demonstrates that obsession. People construct ways to look at themselves and others. It is an incessant desire, impossible to satisfy, which creates more pictures. Humans stare at each other longingly, or with disgust, anxiety, curiosity. People watch people, as if everyone might live in a zoo or be a zookeeper…Sherman’s art registers the restlessness of people to see who they are, or who they might be or become. And what will happen to them.

Tillman, through Zeke, is not asking how should a person be or how does the world look, but rather, how does a person become? And how do images complicate these notions of ourselves and this desire to become someone else?

Zeke’s rhythm of thinking, his patois, his clipped observations, his tendency to employ maxims evoke a far different mind than the narrator of Tillman’s previous novel, American Genius, A Comedy, whose smooth recursive thoughts loop back on themselves, riffing on skin, memory, and American history. And yet, what unites their voices is Tillman’s commitment to writing the drifts and vagaries of the mind, attempting to capture the generation of ideas on the page, and to stay with them over an extended period of time—here for nearly 400 pages. The depths Tillman plumbs seem almost paradoxical to a novel so intensely focused on surfaces and photography. It’s as if Tillman is acknowledging that life is life, but the active life occurs in the interface with the mind. Thinking is life. Zeke’s inaction or as he puts it, his “Hamlet disease,” is pitted against a multitude of photographic surfaces. Zeke’s depth begs the question, how does coming to know Zeke through voice differ from knowing him through an Instagram feed? And do the profusion of images surrounding him threaten depth of character, as in, will our surfeit of images lead us to understand, or “see” character or personality differently? Think of the balderdash on Twitter, the sound bites, the seduction of social media feeds, selfies. The fragmentation already.