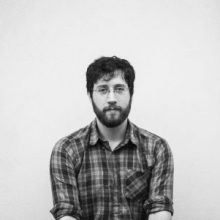 Is there a particular kind of ghost story–or, for that matter, a vein of Gothic storytelling — that you most enjoy?

I love all kinds of ghost stories, and I love a claustrophobic Gothic. I love the look of something elegant or rational or articulate draped over a chaotic pit. But when I was young, I got as much from The Frighteners as I did from The Shining, or from Shirley Jackson and Poe. A moment from The Shining that’s always stayed with me is when Scatman Crothers is on the plane, flying back to Denver after Danny’s revealed something terrible is happening. He’s in a suit! He put on a suit to fly to Denver. Which makes a certain kind of sense—it feels right for the time/character, and maybe he has a sense of what’s about to happen. But imagining those scenes between when he receives the emergency shine from Danny and when we see him on the plane—when he must have been laying out the suit in his home, putting it on piece-by-piece, with all that going on. Just trying to picture that and all it says. That’s the kind of thing I love.

Something that struck me about both of your most recent novels is the ambiguity with which their central characters interact with one another. In Haints Stay, the nature of the relationship between the two killers constantly shifts, while in your new novel, the narrator’s connection to his fellow students is even more amorphous. What draws you to these kinds of relationships, both as a reader and as a writer?

It’s hard for me to think of relationships in any other way. Between you and me, I’m constantly, (and assuredly to her annoyance), checking in with my wife to see if we’re actually still the same people we’re claiming we are, and if our feelings for each other are still more or less the same. It’s a needy impulse, sure, but I’m also genuinely interested in tracking the changes in my relationships, noticing them as they happen. It’s a reminder that we’re living things, full of possibilities. Also, my dad thought “The Pina Colada Song” was deeply profound when I was growing up, and maybe that did some damage.

But I was born in a small town, and I’ve had friends there since, literally, the day I was born. That’s meant watching these people change in just about every possible way, over and over again, for 33 years. So I’m drawn to what stays the same between two people while everything else about them and around them changes. On a craft level, though, Wasp is about alienation—trying to understand, and feeling on the outside of, something everyone else seems to be in on. I wanted to exacerbate that feeling by making the other characters just out of reach for the narrator.