One Thousand Streams of Blackness

Originally published in 2012, this collection of illuminating essays exploring the ineffable and protean aesthetics of Black Cool has been widely cited for its contribution to much of the contemporary discussion of the influence of Black Cool on culture, politics, and power around the world.

Curated by Rebecca Walker, and drawing on her lifelong study of the African roots of Black Cool and its expression within the African diaspora, this collection identifies ancestral elements often excluded from colloquial understandings of Black Cool: cultivated reserve, coded resistance, intentional audacity, transcendent intellectual and spiritual rigor, intentionally disruptive eccentricity, and more.

With essays by some of America’s most innovative Black thinkers, including visual artist Hank Willis Thomas, writer and filmmaker dream hampton, MacArthur-winning photographer Dawoud Bey, fashion legend Michaela angela Davis, and critical theorist and cultural icon bell hooks, Black Cool offers an excavation of the African roots of Cool and its hitherto undefined legacy in American culture and beyond.

This edition includes a new introduction from Rebecca Walker, a powerful meditation on the genesis, creation, completion, and subsequent impact of this landmark volume over the last decade.

Praise for Black Cool "Walker and her band of scribes are in top form, giving a rich, varied picture of Black cool style." --Publishers Weekly 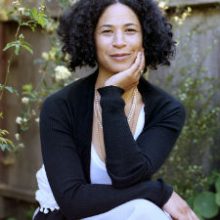 REBECCA WALKER is the author of the memoirs Black, White and Jewish and Baby Love and the editor of the anthologies To Be Real, What Makes a Man, and One Big Happy Family. Her writing has appeared in Bookforum, The Washington Post Book World, Newsweek, Glamour, Vibe, and Interview, among other publications, and she blogs regularly for The Huffington Post. She lives in Kahului, Hawaii.