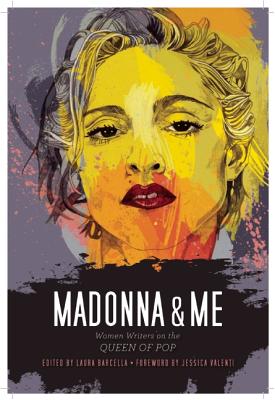 Women Writers on the Queen of Pop

For nearly 30 years, Madonna has been at the center of the media spotlight. She has sold more than 200 million records worldwide, launched her own record label, headlined an Oscar-award-winning film, authored bestselling books for both adults and children, inspired global street-fashion trends, and instigated international debates over a range of feminist issues from sexual fetish to adoption ethics. Masterfully harnessing her talent and power to navigate her ascent to stardom, she has become the very definition of iconic.

She has also been a constant companion. In Madonna and Me, more than forty women write about Madonna’s influence on their lives. No subject goes unexplored—from sex and money to fashion and identity, the stories are just as brazen, bold, and balls-to-the-wall as Madonna. They explore the evolution of her chameleonlike personas—material girl and “boy-toy” tartlet, kooky Kabbalist and savvy businesswoman, siren and mother—and her impact on culture as a groundbreaking feminist.

Of course, not all women worship at her altar, and likewise the essays in Madonna and Me are brutally honest, funny, engaging, and real. They delve into the hearts, souls, memories, and moments of contemporary women, celebrating the ways in which Madonna has inspired us and challenged us, pushing us to be bolder, edgier, braver versions of ourselves.

Praise for Madonna and Me "These memoirs reveal that Madonna's mix of spirituality and raw sensuality had a considerable impact in shaping attitudes." --Publishers Weekly "For someone who has spent the past 30 years defending Madonna to whoever would listen, Madonna & Me is like a homecoming. Reading these smart, funny, and moving essays by women who were influenced by the material girl brought me right back to my school years, when I was touched by Madonna for the very first time." --Debbie Stoller, editor-in-chief of BUST magazine and bestselling author of Stich 'n Bitch "The writers in Madonna & Me explore all that Madonna has meant to more than one generation of feisty, feminist, powerful women. They dive right into her music, persona, and legacy, expressing themselves in ways that would surely give even Her Madgesty food for thought." --Rachel Kramer Bussel, editor of Women in Lust and the Best Sex Writing series "In Madonna & Me, editor Laura Barcella shows how Madonna has become a cultural benchmark for women of varying backgrounds. Reaching far beyond pop-culture critique, the essays in this book examine Madonna--both the woman and the legend--as an allegory of the modern female experience." --Steve Lowenthal, music writer for SPIN and Village Voice, and founder of Swingset magazine "Finally, an anthology that speaks to the blisteringly potent influence Madonna has had on women of our generation."--Julie Klausner, author of I Don't Care About Your Band "When I first heard the song 'Everybody' in 1982, I ran right out and bought the 'cas-single.' Now, thirty years later, I greedily read everything about Madonna I can get my hands on. Madonna is one of those rare public figures who elicit a lifelong, intensely personal fixation, making this collection of essays a giddy pleasure. By turns hilarious, thought-provoking, and touching, Madonna & Me is a fitting salute to the smart, brash, occasionally infuriating provocateur, who is always offering us something new." --Jancee Dunn, music journalist for Rolling Stone, Vogue, The New York Times, and GQ, and author of Why is My Mother Getting a Tattoo? And Other Questions I Wish I Never Had to Ask "Madonna & Me is a collection as saucy and savvy as Madonna herself. In heartfelt and incisive ways, the contributors engage with an icon who deeply impacted the identities, sexual and otherwise, of an entire generation of girls." --Jillian Lauren, author of the New York Times bestselling memoir Some Girls: My Life in a Harem "Sure, one Madonna gave birth to Jesus . . . but our Madonna gave birth to femme-inism. If you've forgotten why you should worship Madge, this hilarious, provocative collection is like a prayer to the patron saint of girl power."
--Jennifer Baumgardner, bestselling author of Manifesta, Look Both Ways, and F 'em! "Madonna & Me can easily hold the interest of non-Madonna-fans and even male readers, which is (sadly) no small feat. Highly recommended for anyone interested in music, pop culture, women's lives, and smart personal essays with heart." --Scott Lapatine, founder of Stereogum.com 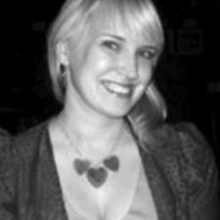 LAURA BARCELLA has been a Madonna devotee since the age of six. A veteran journalist, she has covered pop culture, lifestyles, and women’s issues in more than forty magazines, newspapers and websites, including The Village Voice, Salon.com, Time Out New York, ELLEGirl, and the Chicago Sun-Times.