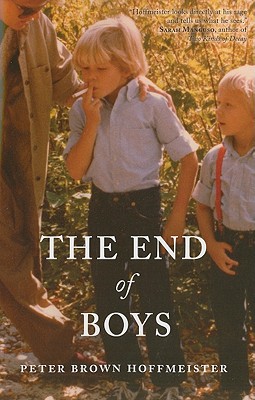 A powerful memoir “about a difficult childhood . . . tough stuff, honest and real”—The Oregonian

Peter Hoffmeister was a nervous child who ran away repeatedly and bit his fingernails until they bled. Home-schooled until the age of fourteen, he had only to deal with his parents and siblings on a daily basis, yet even that sometimes proved too much for him.

Over the years, he watched his mother disintegrate into her own form of mania, while his father—a scholar and doctor who had once played semi-pro baseball—was strict and pushed Peter particularly hard. He wanted only the best from his son, but in the process taught Peter to expect only the worst from himself. In the midst of his chaotic home life, Peter began to hear a voice—an insistent, monotone that would periodically dictate his actions. When Peter finally entered public school he started to break free from his father’s control—only to fall sway to the voice more and more. His obsessive-compulsive behavior morphed into ruthless competition in sports and, ultimately, into lies, violence, and drugs.

The End of Boys follows Hoffmeister to the very brink of sanity and back, in a harrowing and heartbreaking account of the trauma of adolescence and the redemption available to us all, if only we choose to find it.

“Peter Brown Hoffmeister calls every sense into play, providing rich imagery, grounded reflection, and the tension inherent in a coming-of-age tale in which drugs, violence, and a genetic tendency toward OCD conspire.” —Los Angeles Review

“The End of Boys takes no prisoners with its gritty, entrancing realism . . . a chilling and captivating read . . . a voice that is refreshingly new.” —Eugene Weekly

"Peter Brown Hoffmeister calls every sense into play, providing rich imagery, grounded reflection, and the tension inherent in a coming-of-age tale in which drugs, violence, and a genetic tendency toward OCD conspire." —Los Angeles Review

"The End of Boys takes no prisoners with its gritty, entrancing realism . . . a chilling and captivating read . . . a voice that is refreshingly new." —Eugene Weekly

"About a difficult childhood . . . tough stuff, honest and real." —The Oregonian

"One powerful memoir . . . delineates a life going off the track." —Rock and Ice Magazine

“Through all the rage, the drugs, the violence and despair, what ultimately lies at the heart of Peter Hoffmeister’s vivid true-life tale The End of Boys is love and forgiveness, and a warmth that is as tangible as it is genuine. This is a harrowing journey for sure, but one beautifully rendered and well worth taking. It is the journey home.” —Nathan Singer, author of A Prayer for Dawn

"Bluntly compelling . . . Hoffmeister foregrounds his own experiences over introspection or critique, lending the work a rare weight and immediacy." —The Portland Mercury

"In vivid prose, Peter Brown Hoffmeister depicts the relentlessly violent days and nights of a male adolescence. He writes about authorities' failures to protect their young charges, and about the consequences of those failures. At the book's best moments, Hoffmeister looks directly at his rage and tells us what he sees." —Sarah Manguso, author of The Two Kinds of Decay

"The End of Boys is remarkable story, a testament to the spirit of young boys everywhere, to mothers, fathers, brothers and sisters, to friends and the parents of friends, to teachers, cops, and counselors, to art and literature and the human desire to find a place in the world, to build a meaningful life out of shards and fragments. Peter Hoffimeister has written a terrific book about the human struggle to regain ourselves after great disillusion and desperation. This is a fine book, made of fine true words, each one tough, carefully chosen, and hard-won. I read The End of Boys in one sitting." —Dorianne Laux, author of What We Carry, finalist for the National Book Critics Circle Award

"The End of Boys, the story of a boy who can’t find his family even in the midst of them, is big-hearted and heartbreaking. Hoffmeister’s journey through the loss, confusion, and fear of adolescence is unflinching and free of even a single note of sentimentality or self-pity. Read this book. It will punch you in the face, in the best way possible." —Miriam Gershow, author of The Local News 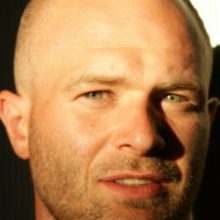 PETER BROWN HOFFMEISTER is a writer, teacher, and rock climber. He lives in Eugene, Oregon, with his wife and two daughters.