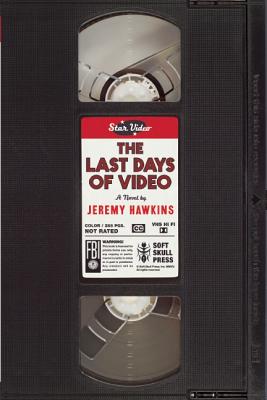 Video stores are dying. But most of you don’t care. You’ve got your Netflix and your DVR, so why deal with VHS tapes or scratched DVDs? Why deal with the grumpy guy at the worn-down independent video store?

That grumpy guy is Waring Wax, and he’s usually too drunk to worry about his declining business at Star Video, let alone his quickly evolving extinction in popular culture. But everything changes in his small college town when a bright and shiny Blockbuster Video opens nearby: Clearly, this means war. So, Waring enlists the help of his two reluctant employees, charismatic but conflicted Alaura and desperate virgin Jeff, to hatch a series of wild schemes to save their little store. Together, these three misfits try to save Star Video while confronting, among other things, Waring’s self-destructive tendencies, a life training cult, corporate bicycle gangs, and a Hollywood director who constantly sees the ghost of Alfred Hitchcock.

The Last Days of Video is a hilarious elegy for a bygone era, a quirky and charming story of redemption for a group of loveable cinema freaks, and a love letter to the art of the movies.

"The Last Days of Video is a warm bucket of popcorn. Sit back, put your feet up and enjoy."—3G1B

"For those who love film and talking about film, The Last Days of Video will be a joyride. For those who miss the independent video store, or for those who are still lucky enough to have one around the corner, this book will be a joy ride."—Bookslut

“The Last Days of Video is smart and snarky and in the end downright sweet. Waring and Alaura and Jeff are all solid characters we root for and want to follow home. This book made me miss my snobby old store in Ithaca, and my Betamax. It’s a feast for the cinephile. Well done.” —Stewart O’Nan, author of West of Sunset

"Charming and fun, The Last Days of Video is a great debut."—BookRiot

"[R]eading this book feels like sharing an inside joke with the author....This book hilariously takes on today’s culture, both embracing and mocking its often conflicting ideals of nostalgia and progress.”—ABA Bookselling This Week

"...what sets this debut novel apart is how Hawkins effortlessly reveals the inner workings of his characters....The novel is riddled with film references and easily lambastes the sneering superiority of cinephiles, while still preserving a sense of wonder for the magic of movies. The Last Days of Video is an unapologetic, quirky, and surprisingly moving elegy for the passing of the local rental hangouts." —Booklist

"The author has a good time gently poking fun at the video-store culture that produced Quentin Tarantino." — Publishers Weekly

"…funny, surprisingly tender debut novel,…he characters have enough heart and vivid imperfections to make their story irresistibly engaging…They careen from one encounter to another, propelled by a generous dose of nostalgia, loud humor and narrative energy, but they're given the depth to make casually beautiful phrases ring true.… A novel that manages to be both very funny and very sad, with an unrepentant belief in both movies and love served with a cleverness and irreverence that are difficult to resist." —Kirkus, Starred Review

"The Last Days of Video is, as the title suggests, an elegy for an era, but it's an era that's going out with a lot of kicking and screaming. Funny, raucous, and deliciously irreverent, Jeremy Hawkins' debut novel offers up an engaging cast of characters who bicker and lust and love their way through the roller coaster ride of Star Video's final days. This generous, big-hearted novel is a joy to read." —Ben Fountain, author of Billy Lynn’s Long Halftime Walk

"This is the Lucky Jim of video store novels. A comic page-turner—often really funny—with an originality and tenderness not often seen in first novels." —Clyde Edgerton, author of Killer Diller

“This hilarious novel manages to love, dissect, and make fun of our culture all at once. Jeremy Hawkins' particular genius is in understanding that people are never more sympathetic than when they aren't getting what they want. This whole book is saturated in loss, and yet I laughed through every page.” —Rebecca Lee, author of Bobcat and Other Stories

“This is a wonderful book! I laughed at least once a page. And the characters are so fresh and sad and eager. This book should be put in a time capsule. The Last Days of Video is like the literary missing link, about a time when things were really real." —Daniel Wallace, author of Big Fish and The Kings and Queens of Roam 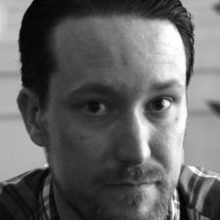 JEREMY HAWKINS earned an MFA in Fiction from the University of North Carolina, Wilmington. He is the founder and lead editor of The Distillery, a web-based editing service. Hawkins is also an independent bookseller at Flyleaf Books and teaches creative writing at the Carrboro ArtsCenter. He worked for almost ten years at VisArt Video, a family-owned chain of video stores in Chapel Hill/Duram, North Carolina.