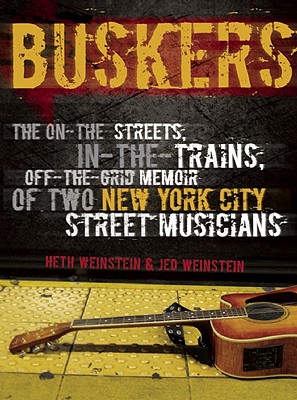 by Heth and Jed Weinstein

Frustrated by the indifference of the music industry and the stacks of homemade CDs gathering dust in their closets, brothers Heth and Jed Weinstein made the radical decision to bring their music directly to the masses. They began playing on street corners, in subway stations, and wherever else they could connect with a live audience. To their surprise, far from this being the terminal stop of a dead-end career, busking turned out to be just the beginning as crowds of stressed-out commuters gathered around, cheering them on, subscribing to their mailing lists, and actually buying some of those stockpiled CDs—40,000 and counting.

In Buskers, Heth and Jed recount their turbulent, drug- and crime-filled adolescence in the nowhere-land of Livingston, New Jersey, their valiant attempts to achieve rock ’n’ roll success through traditional channels, and their unexpected path to circumventing the outmoded music industry. They divulge fascinating details about the technical and legal aspects of street performance, New York busking culture, and the lives of their fellow troubadours.

A world of possibilities opens up when the brothers take it to the streets, proving the value of their music to themselves and anyone who’ll listen. Read their story, and your commute will never be the same.

Praise for Buskers "From the minute I met these guys, I knew they had something special. Heth and Jed's attitude towards getting music to the people without a label and major financing was way ahead of its time. It's been exciting to watch from the sidelines as they take their career to new heights. Follow the story of how they became a well-oiled machine in the subways and streets of NYC, and then check out a gig for yourself." --Jamie Candiloro, Record Producer 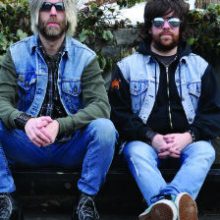 The Monk and the Skeptic