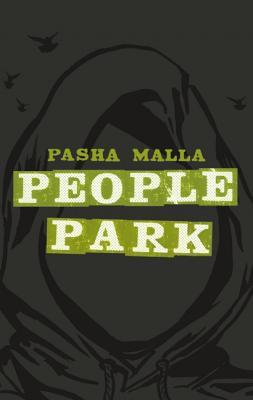 It’s the Silver Jubilee of People Park, an urban experiment conceived by a radical mayor and zealously policed by the testosterone-powered New Fraternal League of Men. To celebrate, the insular island city has engaged the illustrator Raven, who promises to deliver the most astonishing spectacle its residents have ever seen. As the entire island comes together for the event, we meet an unforgettable cross-section of its inhabitants, from activists to nihilists, art stars to athletes, families to inveterate loners. Soon, however, what has promised to be a triumph of civic harmony begins to reveal its shadow side. And when Raven’s illustration exceeds even the most extreme of expectations, the island is plunged into a series of unnatural disasters that force people to confront what they are really made of.

People Park is a tour de force of eerily prescient, grotesque, and hilarious observation and a narrative of gripping, unrelenting suspense. Malla writes as if the twin demons of Stephen King and Flannery O’Connor were resting on his shoulders. You’ve never read anything quite like People Park.

"Malla writes as if the twin demons of Stephen King and Flannery O'Connor were resting on his shoulders. You've never read anything quite like People Park."--Amazon.ca Best Books of 2012 "A polished, confident storyteller... An invigorating mix of seriousness, humor, and candor." --Toronto Star "Like David Foster Wallace and Rick Moody, Malla often asks painful questions, revealing equally painful truths." --Quill & Quire "An astonishing and bizarre mix... Pasha Malla is an impressive young voice that gives one hope for a future of new Canadian writing talent." --Globe and Mail "Malla's technical skills are...reminiscent of Munro... His handling of society's unfortunates is very Barbara Gowdy... Buy The Withdrawal Method." --Vue Weekly "Pasha Malla's remarkable debut collection The Withdrawal Method is a sign (or warning) for things to come." --The Coast "Weird and wild and wonderful. Funny, too. Pasha Malla has a deft tough." --David Bergen, author of the Scotiabank Giller Prize-wining The Time In Between "Life is anything but ordinary in the hands of this gifted writer." --Vancouver Sun "When I got to the last page, I wanted to flip the thing over and start right back at the beginning. I can't think of a better testament to the pleasure of reading a novel." --AV Club "People Park is a zany and entertaining yarn . . . more than a worthy followup to The Withdrawal Method; it's a merry microcosm." --Winnipeg Free Press "People Park is an ambitious and complex novel, impressively rendered and fantastic to read.' --National Post "People Park is reminiscent of Gary Shteyngart or George Saunders . . . vividly imagined . . ." --Globe and Mail "Written in breathless prose, it's oddball fun, and Malla proves himself as a writer who never takes the easy way out." --National Post "[People Park] unfolds a unique and fully realized fictional universe in which the author explores themes of displacement, isolation, and reunification with flashes of dark humour." --Quill and Quire "... an imaginative feat . . ." --Georgia Straight "... every sentence [is] a thrill ... [in People Park] we get a frightening picture of ourselves." --Montreal Gazette "The novel is a cacophony of comedy and heartbreak, magical realism and satiric wit, made melodically whole through Malla's deft prose." --Briarpatch Magazine 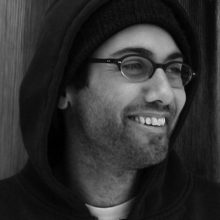 PASHA MALLA‘s first collection of short stories, The Withdrawal Method, a Globe and Mail and National Post book of the year, won the Danuta Gleed Literary Award and the Trillum Book Award. A frequent contributor to The Walrus, The Globe and Mail, and CBS radio, he is also the winner of an Arthur Ellis Award for crime fiction, two National Magazine Awards for humor writing, and has twice had stories included in the Journey Prize anthology.