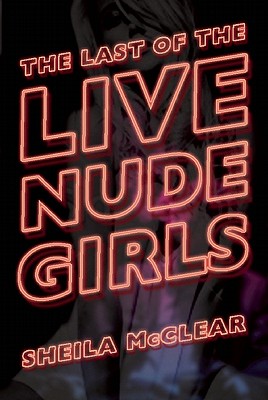 In 2006, Gotham City Video was among the last of its kind where, breathing in a cocktail of Pine-Sol and Windex, a man paid $40 to watch a girl strip naked behind glass. These fantasy lands, left over from the days when 42nd Street was the center of vice, eventually disappeared from the rapidly gentrifying city, their stories lost forever. Not those of tenderloin grinder, Sheila McCelar. Pulling back the curtain on the little-documented world of the peeps, her “ribald . . . memorable and highly relevant” (The Daily Beast) reflection is “both a eulogy and a paean to the freaks and misfits who have long given their souls to the city” (Matthew Gallaway, author of The Metropolis Case).

A late bloomer from small-town Michigan, Sheila arrived in New York as a struggling actress and soon found herself adrift. Borderline homeless, and crashing with friends, she finally got steady work that paid the rent—as a stripper along the triple-x stretch of Eighth Avenue. When Times Square seeped into her blood, she ended up staying much longer than she imagined. The story she tells is not just of her own coming-of-age, it’s a “sharp, sweetly personal . . . fascinating and honest” narrative of modern life on the fringes of society in New York City (Mark Jacobson, author of Pale Horse Rider).

"The most compelling aspect of Last of the Live Nude Girls is that it illustrates just how easily one can wind up living a life outside the margins." —Portland Mercury

"McClear writes about her secret peep-show existence with the ribald expertise of a natural storyteller, but it’s her deeper exploration, into the motivations behind her actions, that makes the book both memorable and highly relevant." -Daily Beast

"Sheila McClear's sharp, sweetly personal account of New York's vanished tenderloin asks the question if such supposedly degrading places are such a blight, why do we remember them with such fondness? A fascinating and honest read." —Mark Jacobson, author of The Lampshade andAmerican Gangster

"McClear is most convincing and most moving, in fact, on the complex relationship between the sex trade and her own frustrated sex life." -Public Books

"Sheila McClear's beautifully detailed account of her life as a peep-show girl reads as both a eulogy and a paean to the freaks and misfits who have long given their souls to the city. Filled with psychological insight, metaphor, and — above all — empathy, this book should be read by anyone who has ever taken or even contemplated extreme measures to escape the pain and tedium of life, with the hope of finding some meaning or redemption along the way." —Matthew Gallaway, author of The Metropolis Case

“Ms. McClear’s closeness to the material most enriches her reporting when it comes to her coworkers. Despite their outsized personalities, they could have wound up sounding as interchangeable as their stage names, but with Ms. McClear’s writing, even their tattoos are memorable. Their substance abuse becomes familiar, occasionally even endearing, in a madcap way. Ms. McClear also has a keen ear for dialogue.” —New York Observer

“Sheila McClear is a reminder that kids can still arrive in New York City from Nowheresville and break in with some serious grit, hard work, and talent.” —Out Magazine

"Everyone is required to buy two copies." —Gawker

"A collection of disciplined and rewarding New York tales." -The L Magazine 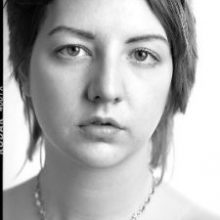 SHEILA MCCLEAR is a staff reporter for the New York Post who spent nearly two years working in the last live-girl peep shows in Times Square after she moved to New York from Detroit in 2006. Her writing has also appeared on Gawker, and in The New York Press and the New York Observer.

Our Lady of Birth Control