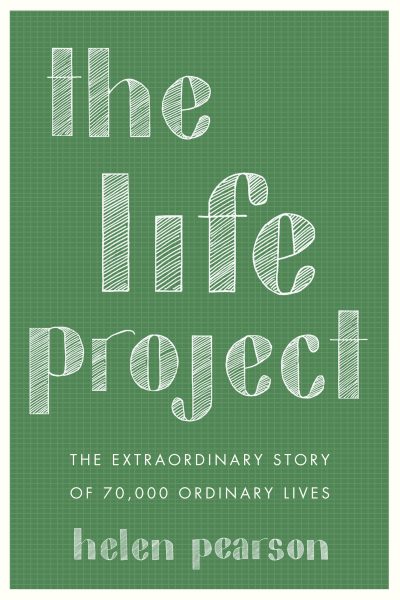 The Extraordinary Story of 70,000 Ordinary Lives

In March 1946, scientists began to track thousands of children born in one cold week. No one imagined that this would become the longest-running study of human development in the world, growing to encompass five generations of children. Today, they are some of the best-studied people on the planet, and the simple act of observing human life has changed the way we are born, schooled, parent and die. This is the tale of these studies and the remarkable discoveries that have come from them. Touching people across the globe, they are one of the world’s best-kept secrets.

As the science journalist Helen Pearson explains in a fascinating new book, no survey has ever cast a more unsparing light on the realities of class and health in Britain, or had a profound impact on the way we live now.

[A] meticulous and highly readable book.

The cohorts have a moral force. They are products of the reforming philanthropic zeal of the immediate postwar period, a zeal that has, in so many other areas, been lost. They also provide highly effective — often devastating — evidence against the always overoptimistic claims of political ideologues. In 1972, for example, the formidable leader of the 1958 cohort, Mia Kellmer Pringle, ensured — via an exclusive in this newspaper — that maximum publicity was given to the finding that poorer children were still falling behind; they were even 1.3in shorter than their richer coevals. There was no escaping the fact that the momentary decline in inequality that had defined the 1960s had rapidly evaporated. Politicians know this: David Cameron’s recent social interventions — talking about parenting classes, for example, and increasing diversity — are direct products of cohort thinking.

These studies...have played a crucial part in identifying how socio-economic circumstances drive inequalities in health and development. They have informed health, education and social policy, and provided a template for the ’life course’ approach to health and development, studying how early experiences shape later outcomes. They are the envy of the world.

There is much more to learn and enjoy in this eye-opening book — part scientific narrative and part postwar social history, along with some fantastically cut-throat academic politics, all wrapped into a very British success story.

This absorbing book is nothing if not a tribute to Helen Pearson’s skill as a writer. While The Life Project isn’t a thriller, the book does wring plenty of drama out of the endless politicking and financial brinkmanship that has kept the cohorts on the road.

No other country has anything like it on the same scale,’ says Pearson in this spellbinding, carefully sourced and elegantly outlined account of these birth cohort studies.

HELEN PEARSON is a science journalist and editor for the international science journal Nature. She has been writing for Nature since 2001 and her works have won accolades, including the 2010 Wistar Institute Science Journalism Award and two best-feature awards from the Association of British Science Writers. She is now based in London.

Love All the People