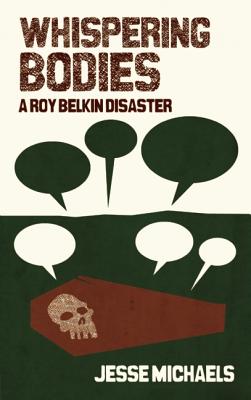 A San Francisco shut-in is forced to leave his apartment to investigate the murder of his maintenance man in this “offbeat mystery that, at its heart, is an in-depth character study (Foreword Reviews).

At forty-seven, balding, and mildly agoraphobic, Internet troll Roy Belkin is a man without direction. He rarely leaves his apartment (he refers to the outside world as The Pounding), and when he must leave, he meticulously recounts the day in his Thunder Book; a journal where he lists all that repulsed him that day.

But everything changes the day Belkin returns to his apartment to find the building ablaze along with the suspected murder of the apartment building’s maintenance man. As police question him, Belkin meets the mysterious Pernice Balfour, the alluring, religiously obsessed neighbor accused of the crime. Soon, Belkin has no choice but to come out of his shell (and his apartment) to try to clear her name. But the more Belkin investigates, the muddier things become. Wandering through San Francisco’s seedy Tenderloin district, Belkin begins to unravel the truth behind the murder, and encounters a bizarre series of characters and situations: “pansexual” crime-scene photographer, an idiot detective, and an all-knowing government operative.

“Whispering Bodies perfectly tangles comedy and pathos. I’ve talked to a few heads who have compared it to A Confederacy of Dunces, and that makes sense.” —The Rumpus

“Jesse Michaels’ debut novel is a unique and side-splitting performance, punctuated by a whip smart narrative and magnetic prose. A dizzying combination of Flann O’Brien’s The Third Policeman and Kurt Vonnegut, if he were a hostile agoraphobic.” —Alex Green, Caught in the Carousel

"Michaels, best known as the front man for the band Operation Ivy, creates a unique narrative voice."--Kirkus "Jesse Michaels' debut novel is a unique and side-splitting performance, punctuated by a whip smart narrative and magnetic prose. A dizzying combination of Flann O'Brien's The Third Policeman and Kurt Vonnegut, if he were a hostile agoraphobic, Whispering Bodies is an unreasonably funny work. It's Mitch Hedberg, it's Franz Kafka, it's none of the above. A post-everything romp of delicious absurdity." --Alex Green, Caught in the Carousel "Jesse Michaels' Whispering Bodies is the first book I couldn't put down in a long time. In Roy Belkin. Michaels' has given us one of the most memorable protagonists in recent fiction--shades of a 21st Century Ignatius J. Reilly--but ultimately wholly original as he stumbles his misanthropic yet, at times, oddly hopeful way through the world. A great book." - Rob Roberge, author of The Cost of Living "How this guy, this guy who comes out of nowhere, this 'Michaels, ' could turn something out like this -- I'm speechless. Absolutely shitting right now. It's like there is finally a book." --Albert Deasely, Enchantment "A perverse, inventive, and unremittingly funny debut novel that ingeniously marries John Kennedy Toole to Raymond Chandler." --Patrick deWitt, Ablutions and The Sisters Brothers 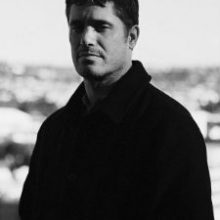 JESSE MICHAELS is a songwriter, vocalist, guitarist, and artist from Berkeley, California. Most notably, he fronted the band Operation Ivy.