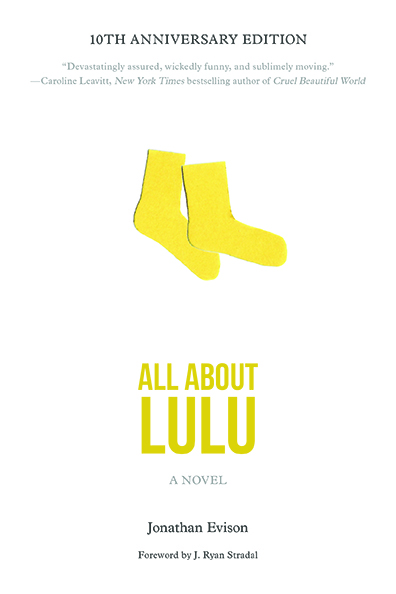 Weakness has always been a concern for William Miller: growing up vegetarian in a family of bodybuilders will do that to a person. But William is further weakened by the death of his mother, the arrival of a new step-mother, and his irrepressible crush on his new step-sister, Lulu. As Lulu faces down her own challenges, William watches his life shift into tumult and despair. Once Lulu departs for college, Will goes into the world to find himself discovering Western philosophy, a cruel dating world, enduring friendship, and, ultimately, his true calling. Emboldened by his turn as a late-night radio personality, Will rescues himself from the self-image of weakness he’d long wished to escape. This debut novel explores the fundamental difference between where we come from and the endless possibilities of where we may go.” 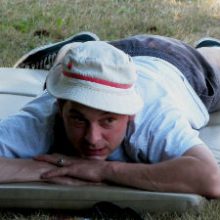 JONATHAN EVISON is an American writer known for his novels All About Lulu (winner of the Washington State Book Award), West of Here (New York Times bestseller, winner of the Pacific Northwest Booksellers Award, and the Booklist Editor s Choice Award), and The Revised Fundamentals of Caregiving. In 2009 and 2011, he was nominated by the American Book Association as Most Engaging Author. In his teens, Evison was a founding member and frontman of the Seattle punk band March of Crimes, which included future members of Pearl Jam and Soundgarden. He lives on an island in western Washington with his family.