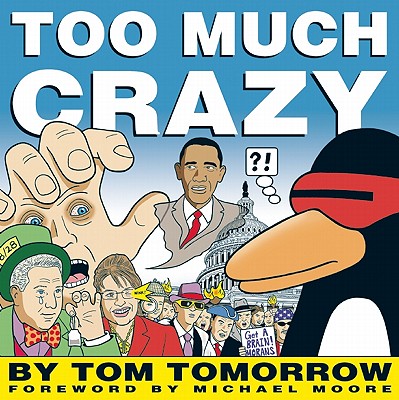 Tom Tomorrow’s This Modern World has been hailed as “one of the most clever and incisive political cartoons in the country” (Los Angeles Times). For twenty years, Tomorrow’s sharply funny and fiercely intelligent commentary has been a beacon of much-needed satire in the often-bleak world of media news. Recently, as a regular feature in weekly papers nationwide as well as online, This Modern World has continued to lend the voices of its irreverent regulars–Sparky, Blinky, and Conservative Jones, among others–to the issues of what has been a remarkable, turbulent time in this nation’s history.

This latest anthology collects Tomorrow’s work from 2008 to the present along with never before seen pieces. It covers the drama and spectacle of the presidential campaign, the historic election and first year in office of Barack Obama, the financial meltdown and Great Recession, and the rise of the teabaggers and the battle over healthcare reform, among other madcap topics. The result is more than simply the sum of its parts–at once a cultural artifact and an absolutely brilliant survey of political cartooning at its acme.
Share This 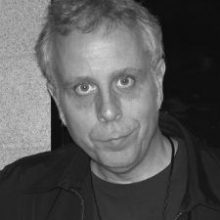 TOM TOMORROW is the creator of the nationally-syndicated cartoon strip This Modern World. His work appears each week in Salon and in alternative papers across the country, and has also been featured in The New York Times, U.S. News & World Report, The New Yorker, The Nation, Spin, Esquire, and numerous other publications. He lives in New Haven.