How did a loner destined for a niche domestic audience become one of the most famous writers alive? A “fascinating” look at the “business of bringing a best-selling novelist to a global audience” (The Atlantic)―and a “rigorous” exploration of the role of translators and editors in the creation of literary culture (The Paris Review).

Thirty years ago, when Haruki Murakami’s works were first being translated, they were part of a series of pocket-size English-learning guides released only in Japan. Today his books can be read in fifty languages and have won prizes and sold millions of copies globally. How did a loner destined for a niche domestic audience become one of the most famous writers alive? This book tells one key part of the story. Its cast includes an expat trained in art history who never intended to become a translator; a Chinese American ex-academic who never planned to work as an editor; and other publishing professionals in New York, London, and Tokyo who together introduced a pop-inflected, unexpected Japanese voice to the wider literary world.

David Karashima synthesizes research, correspondence, and interviews with dozens of individuals—including Murakami himself—to examine how countless behind-the-scenes choices over the course of many years worked to build an internationally celebrated author’s persona and oeuvre. His careful look inside the making of the “Murakami Industry” uncovers larger questions: What role do translators and editors play in framing their writers’ texts? What does it mean to translate and edit “for a market”? How does Japanese culture get packaged and exported for the West?

Paperback Paris, 1 of 29 Works of Translated Literature That'll Whisk You Away

"A slim but fascinating new treatise by David Karashima on the business of bringing the best-selling novelist to a global audience." --Rowan Hisayo Buchanan, The Atlantic

"Intriguing . . . What's fun about this book is it doesn't often speak directly about Murakami but writes around him with the people in the Murakami orbit. As we're learning what his work means to them, we're getting a clearer picture of who he is. It's like painting a portrait solely with the negative space." --Joseph Edwin Haeger, The Big Smoke

"Impressively detailed . . . Who We're Reading When We're Reading Murakami should be of great interest to fans of Murakami's work as well as all those involved in any way in the publishing of translations, be they editors or translators (or authors whose works get translated into other languages) . . . a solid and impressively researched study, throwing an interesting light on publishing, translation, and the publishing of translations." --M.A. Orthofer, Complete Review

"In his new book Who We're Reading When We're Reading Murakami, David Karashima, himself a writer and translator, lays bare the invisible structures that support the international career of someone like Murakami: the multiple translators, editors, and publicists that take his work and create it into the product that Western readers then consume . . . [Karashima] seems to linger too long on the back-and-forth, nitty-gritty background work of translating and editing Murakami's books, but herein lies its brilliance: Karashima forces Western readers to reckon with long unquestioned myths about how translation works." --Julia Shiotta, Ploughshares

"David Karashima examines the emergence of Haruki Murakami as a global literary phenomenon, bringing together an incredible amount of information surrounding this towering figure of contemporary Japanese literature--including a conversation with the man himself--and putting his eye for detail to excellent use as he seeks to uncover everything that went into the establishment of the 'Murakami industry' in the 1980s and 1990s . . . meticulous." --David Boyd, Asymptote

"Karashima's own experience as an author and translator is hugely helpful here. He clearly understands how the publishing game works, and is able to make it accessible, at times even compelling . . . You might assume that Karashima's approach would demystify the process, but instead he injects it with a real sense of excitement." --Aoife Cantrill, Asian Review of Books

"A profound riff on the art of translation in considering the work of Haruki Murakami, and how it differs in English from its original publications in Japanese. Tracking the work of the major Murakami translators who have rendered his work into English, this book shows the way it is shaped, edited, and reformed by who is working on it . . . A must read for translators and fans of Murakami alike." --Literary Hub, One of the Most Anticipated Books of the Year

"For fans of Murakami's work, this is a dream come true . . . [an] invaluable behind-the-scenes project." --Jed Munson, Full Stop

"Fantastic . . . If you ever wanted to get a far better, and deeper, look at (and appreciation for) the translator and their work, this is the book for you . . . Fans of Murakami will remember why they love his books the way they do, and budding translators will be reminded of the importance of their work. This is one of the most original books about translation out there right now." --Will Heath, Books and Bao

"Murakami fans will particularly revel in Karashima's comprehensive coverage, but anyone curious about the alchemy and sheer amount of work that goes into making a single author's success will be entranced by this fascinating work." --Publishers Weekly (starred review)

"When a work of fiction touches someone, it becomes contagious, swimming into new worlds through the lives and spirits of its readers; when a work of fiction is translated, it is reborn. There is something intensely human in this miraculous process, though that something is often lost in the larger currents that surround it. This book shows us, in all their warmth and sincerity, and through their own earnest words, the people who make translations possible." --Sayaka Murata, author of Convenience Store Woman 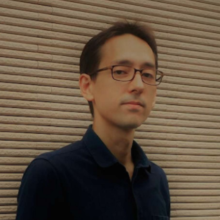 DAVID KARASHIMA has translated a range of contemporary Japanese authors into English, including Hitomi Kanehara, Hisaki Matsuura, and Shinji Ishii. He coedited the anthology March Was Made of Yarn: Writers Respond to the Japanese Earthquake, Tsunami, and Nuclear Meltdown and is coeditor of Pushkin Press’s Contemporary Japanese Novellas series and Stranger Press’s Keshiki series. He is an associate professor of creative writing at Waseda University in Tokyo.